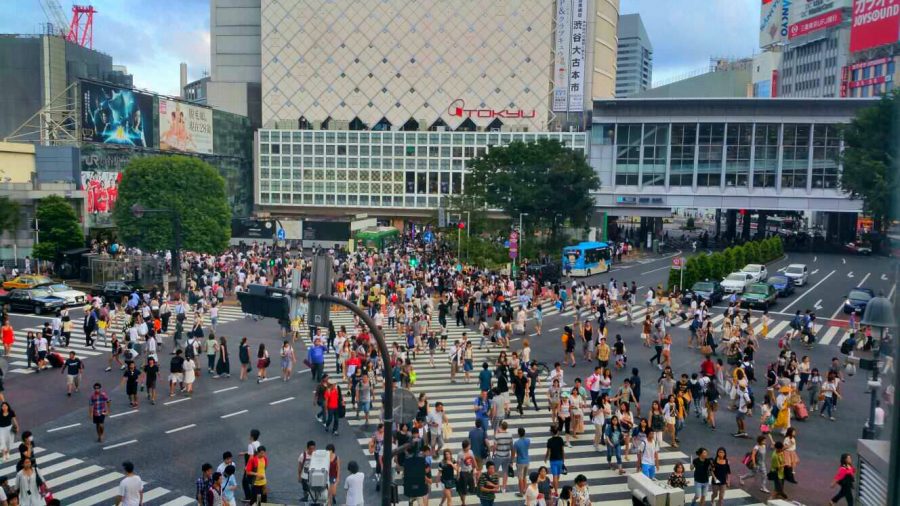 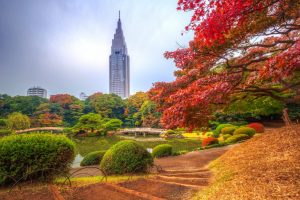 This garden is famed to be the most beautiful in Tokyo, and exhibits English, French and Japanese styles. It used to belong to the estate of Lord Naito in the 18th Century, but most of the garden was destroyed by air raids in 1945 during WWII.

Shinjuku is a fantastic choice if you wish to catch a glimpse of Japan’s famous cherry blossoms in spring. 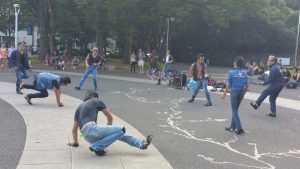 What makes this park worth a visit is not the greenery (it is right next to the Meiji Shrine which has plenty of tall leafy trees though). Musicians, artists and street performers make this location a great place to expose yourself to modern Japanese culture.

Also known as the ‘Future Museum’, the Miraikan is the place to go if you have any interest in how science and art fuse to make the most innovative inventions.

This garden is so beautiful it hosts an estimated 2000 marriages annually. You can choose to register ahead before your visit to the garden (for a fee), giving you access to a tour and the chance to take part in a Japanese tea ceremony.
Nearest station: Shirokanedai Station or JR Meguro Station.

Another garden built during the Edo period in the 18th Century, Rikugien is perfect for a relaxed stroll through the trees, ponds and over the hills. This landscaped garden features 88 scenes from famous poems, and is particularly beautiful to visit during Autumn.
Nearest Station: Komagome Station on either the Namboku line or the JR Yamanote Line. 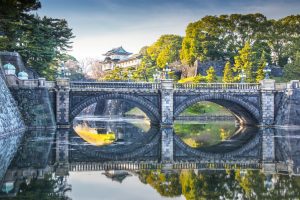 The great thing about these gardens is that on Sundays, 250 free bikes are available for anyone to cycle on the garden grounds that are open to the public. Japan still has an imperial family, so some areas of the palace are not accessible. On Sundays, the Japanese Bicycle Promotion Institute offers free bicycles for use around the palace grounds. It’s a great way to cover more ground while saving energy.

Nearest Station: Otemachi Station and Tokyo Station. The bike desk can be found a 3 minute walk from Nijubashi station (Exit 2), near the Kokyo-mae koban. 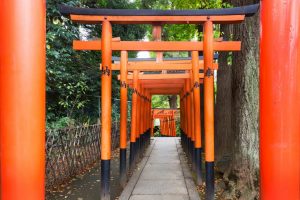 Aside from it being a great location to take some quality photos, Nezu shrine is steeped in history, being one of the few structures from the Edo period that was not destroyed by air raids during WWII. As a tranquil spot, it offers sanctuary away from the hustle and bustle of Tokyo. 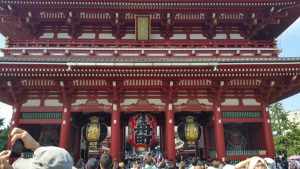 Asakusa is a busy district that is more often than not teeming with tourists. It is worth a visit for a number of reasons. It houses a Buddhist temple from the 7th Century that survived the WWII air raids. It’s also a good place to start looking to buy souvenirs like traditional Japanese fans, kimonos and street food like red bean-filled soft cakes.
Nearest station: Asakusa station, which is served by three subway lines: Ginza, Asakusa and Tobu. 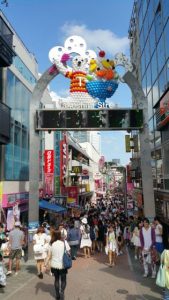 Takeshita Street is to Tokyo what Oxford Street is to London, only much more edgy. Keep an eye out for Harajuku girls – their colourful, quirky dress sense is unlike anything you’d see in Europe. It’s also a great place to try out Japanese snacks, such as fried octopus balls.
Located to the north-west of Harajuku station is one of Tokyo’s major shrines, Meiji Jingu, and offers a calm oasis in the midst of the bustling city.