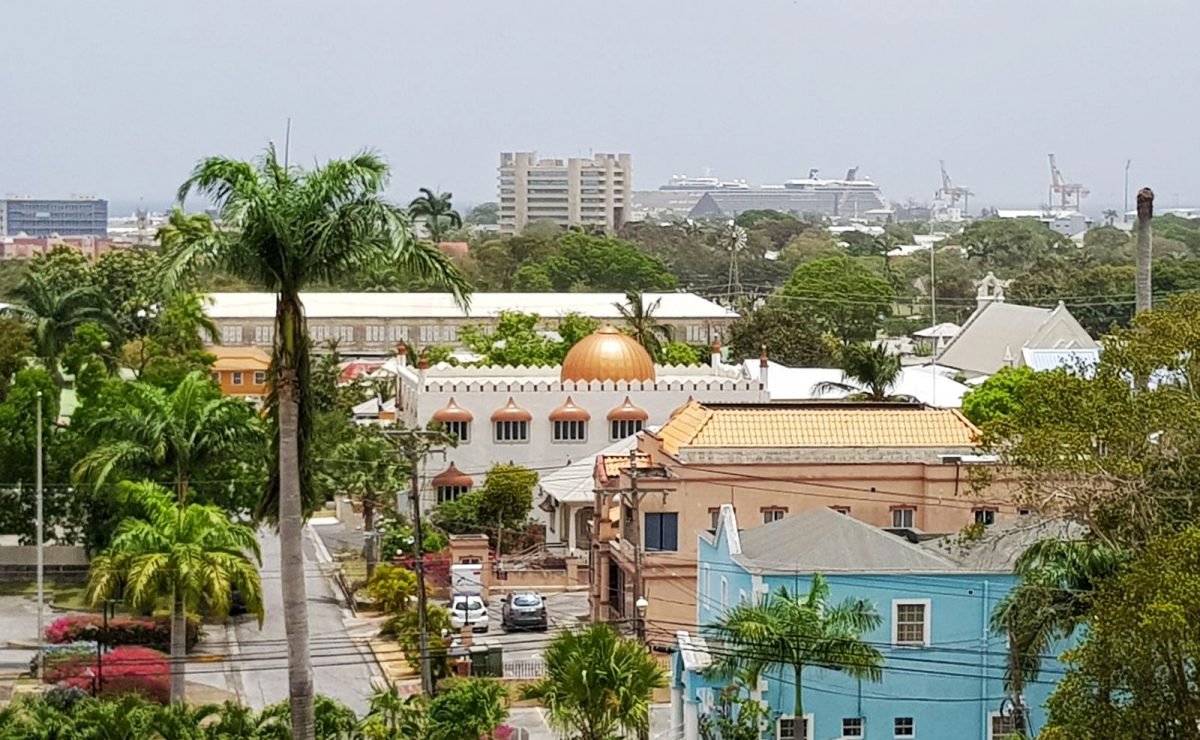 Very soon, Muslims across the Caribbean will scan the skies in search of the crescent moon. The appearance of the ‘new’ moon will usher in the blessed month of Ramadan. On the white sandy beaches in Barbados and several other Caribbean islands, from Grenada in the South to the islands of the Bahamas in the North, groups of Muslims will assemble witnessing the splendor of the setting sun in the tranquil Caribbean Sea heralding in Maghrib prayers while enthusiastically searching for the ‘new’ moon to start Ramadan. 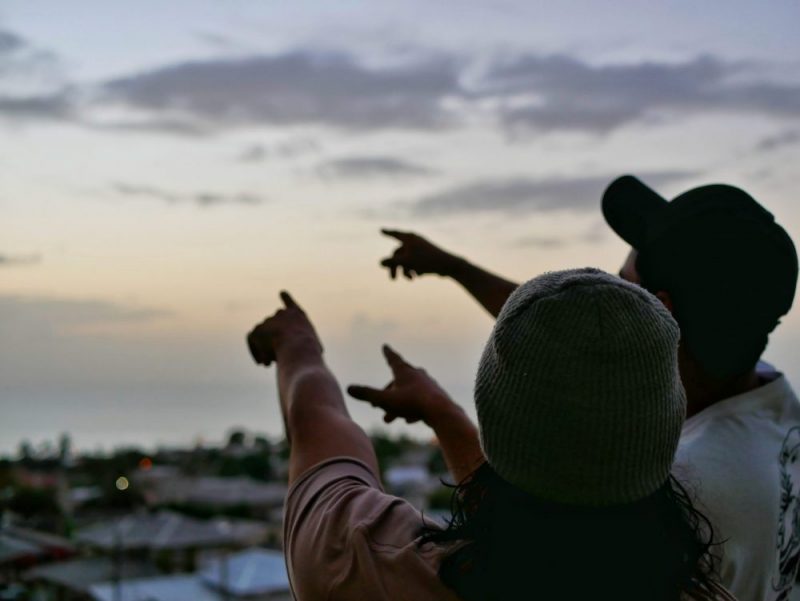 Local Bajans looking for the new moon that will signal the start of the month of Ramadan on the balcony of their home in Barbados. Photo: Soumaya Hamdi.

Traditionally for many Caribbean Muslims, looking for the crescent entails a trek to the shores of the crystal clear turquoise waters of the magnificent Caribbean Sea. On the larger islands, that search for the crescent may be from the higher elevations like the famous Blue Mountains in Jamaica or the Northern Range of Trinidad. For the less adventurous looking for that crescent would have been from the balconies of the Mosques.

But this year is very different.

The pandemic COVID-19 now engulfing the world has imprisoned us in our homes. Like so many countries across the globe, Muslims in the Caribbean have had to stay at home and only venture out for basic necessities. The Mosques are closed and the Azan that emanates from these Mosques have fallen silent.

The search for the ‘new moon’ to start the blessed month of Ramadan this year will be from our own balconies or gardens at our homes. A vast departure from what we have been accustomed to.

“…the history of Islam and Muslim peoples in the Caribbean stretches back over one thousand years, pre-dating European contact by over six centuries… Evidence leading to the presence of Muslims in the ancient Americas come from a number of sculptures, oral traditions, eye-witness reports, artifacts, and inscriptions.”
Shaykh Abdullah Hakim Quick, “Deeper Roots”.

For some, Islam and Muslims are a recent phenomenon in this region. The reality however is that the presence of Muslims stretches far back, much further than many would imagine. Shaykh Abdullah Hakim Quick in his book “Deeper Roots” makes the point “…the history of Islam and Muslim peoples in the Caribbean stretches back over one thousand years, pre-dating European contact by over six centuries… Evidence leading to the presence of Muslims in the ancient Americas come from a number of sculptures, oral traditions, eye-witness reports, artifacts, and inscriptions.”

Although Barbados is only 431 square km – slightly bigger than the Isle of Wight – the island is home to a number of purpose-built mosques. In keeping with the local climate, some of these mosques have open-air balconies from which the new moon can also be spotted. Photo: Sami Hamdi.

Muslims have been part of the Caribbean for centuries. Before Columbus and definitely after. A significant number of enslaved African brought across the Atlantic by European slave traders were Muslim. They were stripped of their faith and identity. Some managed to escape the horrific practices of slavery and fought against its cruelty but by and large, most lost their identities and their beliefs. Muslims then arrived in large numbers as indentured servants or as economic migrants, most coming from the Indian sub-continent and in the case of Suriname also from Indonesia.

Today, Muslims are found on almost every island of the 40+ islands that make up the Caribbean. There is an estimated population of a half a million Muslims in the region and some 400 to 500 mosques. Suriname, a country in South America but linked historically, culturally, and linguistically to the Caribbean boasts the highest percentage of Muslims for a single country in the Western Hemisphere; approximately 25% of its population is Muslim.

The beauty of this region is matched by the beauty and friendliness of its people. Islam has flourished in this part of the world and has been accepted by the wider society and its respective governments as an integral part of the development of the Caribbean. Some events in some islands cast shadows but Muslims of the Caribbean are resilient and have overcome several challenges over the years.

Inspired to visit Barbados? Travel with us in 2021 to join this exclusive trip to Barbados, where you’ll explore life in the Caribbean and connect with the local Muslim community. 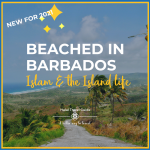 Ramadan for the Muslims of the Caribbean means a time of renewal and rejuvenation. We recognize the global bonds that bind Muslims across the world, especially during this month. Fasts during the daylight hours, which are not extreme in this region – generally between 13 and 14 hours for any time of the year – are adhered to even though the majority of the society around is not of the Islamic faith.

The mosques would traditionally be busier than usual and taraweeh prayers are keenly observed as many mosques would have the services of a hafiz, or memorizer of the Holy Quran. Muslims of Barbados especially have benefitted over the years from listening to a portion of the Holy Quran from the very beginning being recited every night by huffaz (plural of hafiz) during the taraweeh prayers, with completion taking place during the last ten nights of Ramadan. The Muslim community of this small island, although few in number (approximately 3,000) now has in its midst over 100 hafiz-ul-Quran, with scores more of young persons enrolled in hifz (memorization) classes at various madaris (Islamic schools) across the island and several others studying overseas. 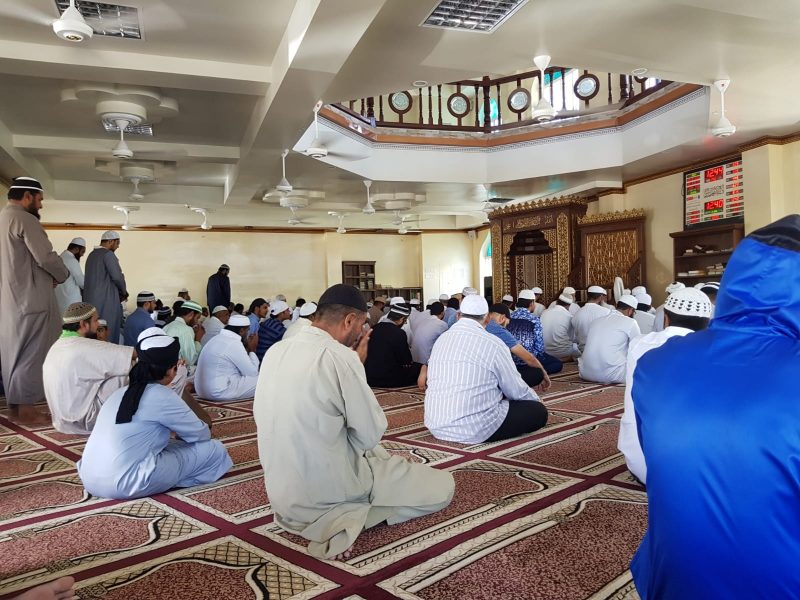 This practice is not new among the Muslim community, whose majority traces their roots to the villages of Gujurat, India, or those who have migrated from there. Muslims here stick strongly to this tradition of having at least one hafiz in the family as a source of blessings and pride. In fact, Sabir Nakhuda mentions in his book ‘Bengal to Barbados’ that among the first Gujurati Muslims to arrive in Barbados in 1929 was a hafiz named Suleiman Kasooji. His knowledge of the Quran and the fact that he was a hafiz made him the leader of the prayers and teacher among the early Muslims to Barbados.

“Trinidad and Suriname, despite having minority Muslim populations, can proudly boast being the only nations in the Western Hemisphere to have a national public holiday in observance of Eid-al-Fitr.” 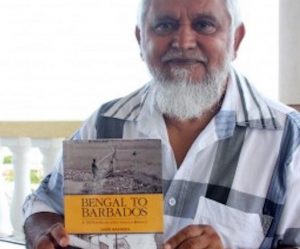 Sabir Nakhuda with his book, ‘Bengal to Barbados’, in which he traces the journey of Muslims to the island over the last century. Photo: Caribbean Muslims

Breaking the fast has also become an established tradition at many of the island’s mosques. In Trinidad and Guyana (country in South America linked like Suriname to the Caribbean), iftar takes a special meaning, especially on weekends. Families would make their way to the various mosques to break their fast with the traditional foods and treats that have become common to the Muslims of these islands. These foods incorporate the East Indian heritage mixed with the indigenous Caribbean culinary delights. Feeding the poor and needy in several communities will also become the norm. 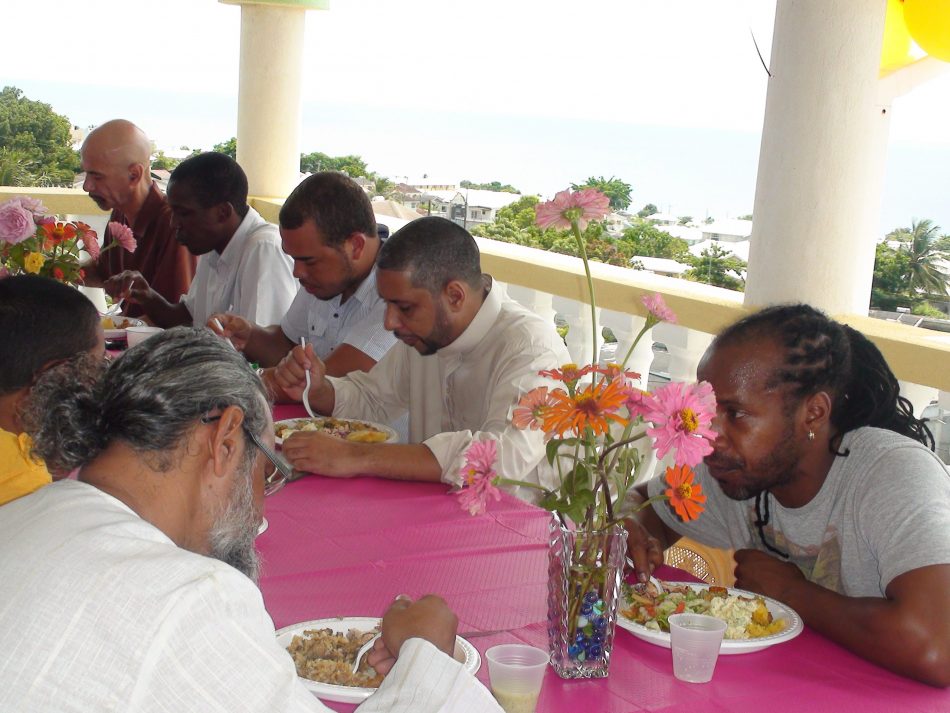 Ramadan in the Caribbean is a community affair. Photo: Suleiman Bulbulia

Ramadan is increasingly becoming part and parcel of many Caribbean countries. Muslim organizations will increase their educational outreach during this month by talking to the radio, television, and the press to speak about Islam, Muslims, Ramadan, and fasting. While businesses on some of the islands have caught on to the trend and increased their marketing and product offerings towards Muslims during this month.

Eid-al-Fitr is equally anticipated and welcomed and Muslims of the region will, like their counterparts across the globe, celebrate this day with all the fervor and joy usually associated with the occasion. Trinidad and Suriname, despite having minority Muslim populations, can proudly boast being the only nations in the Western Hemisphere to have a national public holiday in observance of Eid-al-Fitr.

This act of having a national public holiday ensures a greater awareness and appreciation of the festival of Eid among the wider society (and not only among Muslims). The country as a whole, despite it having a mainly Christian population, will join in the Eid celebrations. 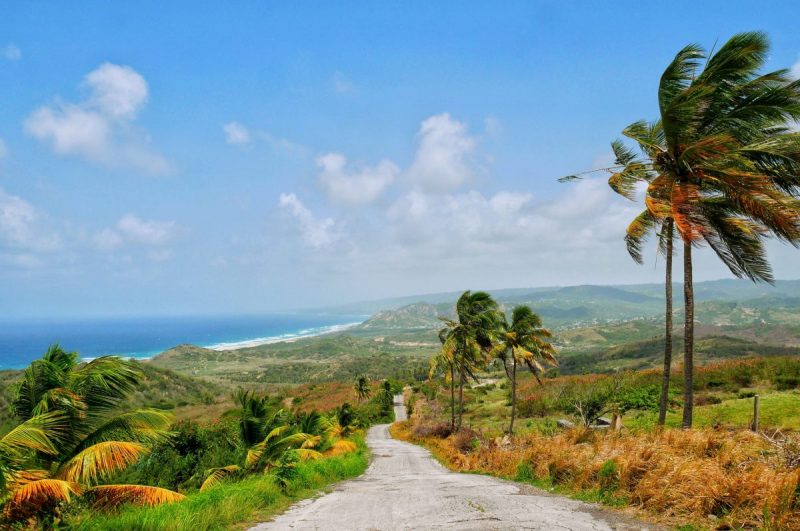 The Caribbean has long been known as being a slice of paradise for Western tourists, but little is known about its centuries’ worth of ties with Islam and Muslims. Photo: Soumaya Hamdi

For decades, people across the globe have dreamt of visiting this region. The beauty of the Caribbean is one of the wonders of God’s creation. Annually, millions travel here as tourists either on cruise ships or by air. Muslim tourism is also growing, as many Muslims from across North America, Europe, and the Middle East seek the splendor and the atmosphere of these wonderful islands. As more Muslim communities are establishing in the region, the access to halal foods and mosques will become easier for the Muslim tourist. Spending Ramadan and Eid in the Caribbean will certainly be an option.

Sadly, not this year. The pandemic has changed our way of life as we know it. God-willing we will get through it. For Ramadan this year Muslims in this region will likely be spending the time indoors with their families starting and breaking fast together, praying together and reminiscing about the experiences of past Ramadans.

Discover more Muslim heritage from across the world in our #OwnYourNarrative series.