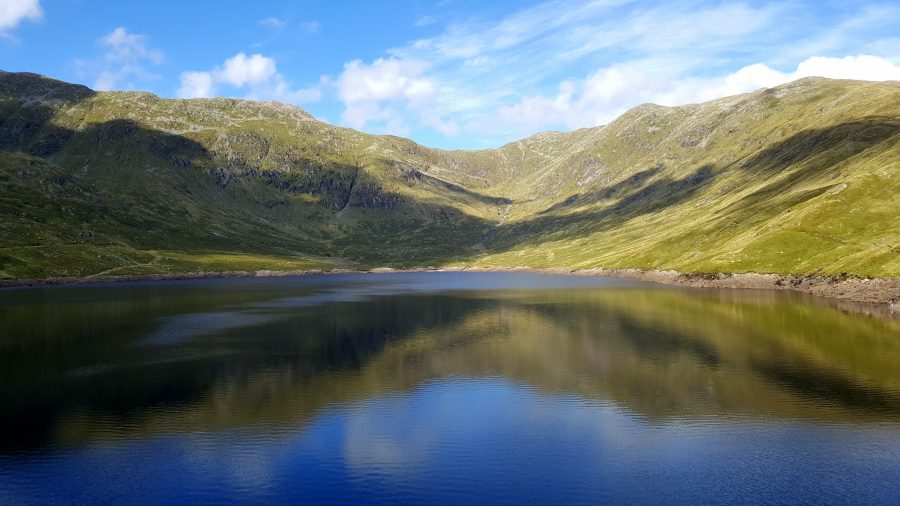 It’s official. Summer is over.

You may well have packed your suitcase away. ‘Until next year, faithful friend’.

It doesn’t have to be that way though. I for one have used up most of my annual leave, so it’s time to think short breaks.

I’ve recently returned from Scotland. Glamorous? Far from it. Sun-kissed? Not quite, no. Refreshing? Absolutely! 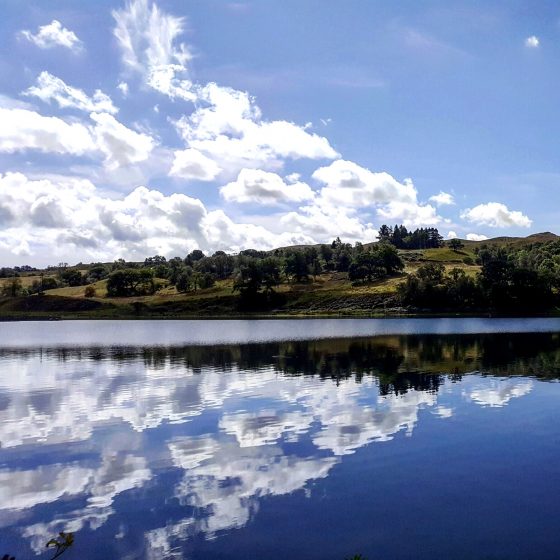 Loch Awe, another famous loch in the region

I went to Argyll and Bute in the south-west Scottish Highlands. The drive from Glasgow Airport is incredibly scenic, as the road winds past the famous Loch Lomond. I chose to stay in a little village called Dalavich, which, in all, is home to less than fifty houses. In spite of its size, the village is fairly well equipped for visitors, with log cabins that are booked up months in advance.

A breath of fresh air 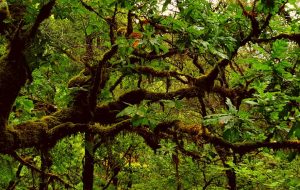 Moss and lichen shroud the branches of an oak tree. Lichen cannot be found except in extremely unpolluted environments

The air is so clean that lichen, nature’s marker for how polluted an area is, literally grows in clumps and hangs off the branches of the trees. In such beautiful surroundings there is little better than embarking on a walk, and is an easy-going way to get all the family out together with minimal planning required. Once we had settled in, the family and I set off up the hill towards Avich Falls, the village’s very own waterfall. With blueberries and blackberries in season, my little toddler had a great time picking and eating these 100% naturally grown sweet treats.

The Hollow Mountain
An hour’s drive from the village is the famous Ben Cruachan, one of the highest mountains in the area. One kilometre below Ben Cruachan lies a hydro-electric power station buried in a cavern high enough to house the Tower of London. 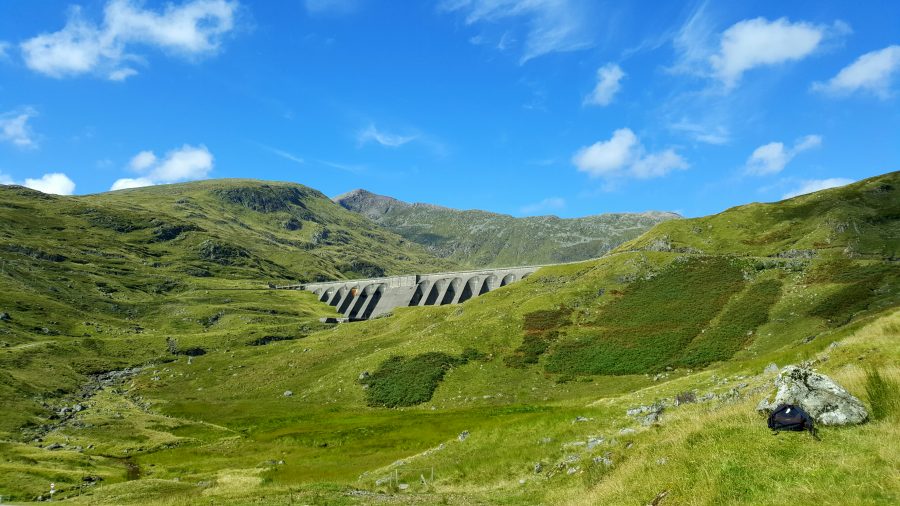 The power station runs a visitors’ bus that enters the mountain’s heart. Rumour has it that the power station was prevented from being built above ground by rival coal power stations – they argued that it would ruin the look of the landscape (!).

The station only comes on when the National Grid need a top-up. When Prince Wills and Kate gave their final wave to the crowds from Buckingham Palace’s balcony on their wedding day, the number of viewers who got up to switch the kettle on could have shut down the Grid were it not for Ben Cruachan being able to supply extra electricity in a matter of seconds.

Walking up the mountain itself offers spectacular views of Loch Awe for miles around. If you are up to it, a two hour walk will take you up to the dam itself, a giant engineering feat embedded in the emerald green hills.

Despite my aching legs (all that walking!), the following day I tried the activity I had been most looking forward to – kayaking! With so many lochs scattered around the area, you only need to choose your instructor. Mine happened to be my Uncle Alan, who also provided us with the equipment, but it is possible to book sessions locally too. 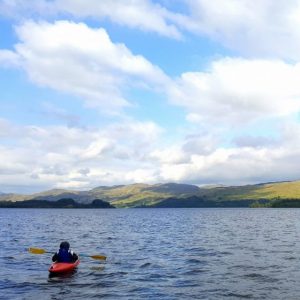 While kayaking was hard, it allowed for a more personal enjoyment of the views surrounding the loch.

I spent the first half hour moving around in circles. It is definitely harder than it looks. Once I had got the hang of turning though, it was a joy to glide across the lake.

If kayaking isn’t your thing, motorboats are available to hire and offer a great way to explore the area by water. The boats go for around £15 for two hours and can take up to six people. Innis Chonnel is an island off the southern shore of Loch Awe in Argyll. It is accessible only by use of a boat or canoe and contains castle ruins that date back almost one thousand years. For those of you who aren’t afraid of heights, the castle has old cobbled stones that run up to where the roof would have been and offer great views of the loch. It’s actually possible to spend the night in the castle ruins too – you’ll need to know how to build your own fire though, because whether it’s summer or not, it does get cold at night. 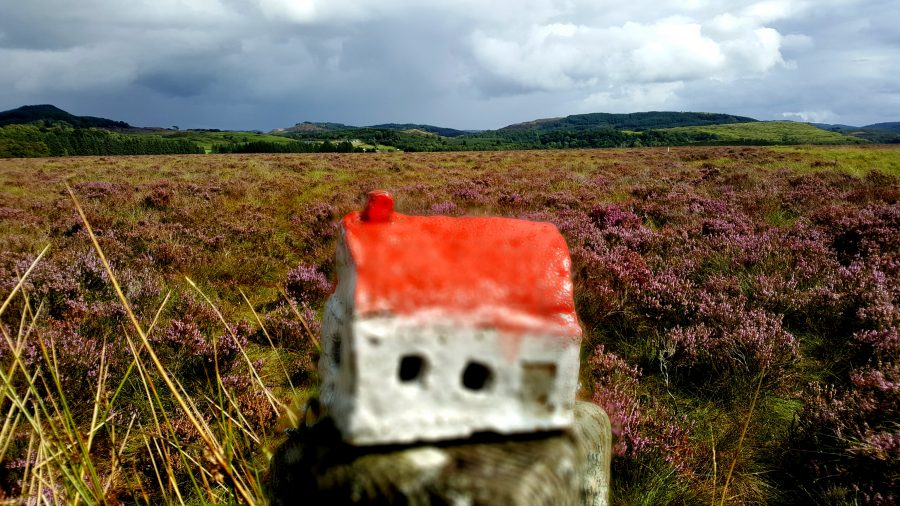 In the heart of Argyll lies the Moine Mhor National Nature Reserve. Home to a peat bog that is over five thousand years old, this living, breathing carpet of mud is a sight to behold. Don’t be fooled by its beauty though; an attempt to walk through this field of heather would end up with you getting stuck in the bog marshes. A walkway leads right into the bog, and right at the end are two benches where you can sit, enjoy the view (and possibly, the occasional dragonfly), and revel in the sounds of pure, untouched, nature.

Would I go back?

Do you ever get back from a holiday feeling more exhausted than when you left? Those hectic itineraries that are planned down to the hour to maximise the hard-earned cash you spent on securing your holiday?

I’ve had more than my fair share of those. If you also work and have family to take care of, those desperate-to-fill-every-moment-with-plans holidays can leave you feeling like you need another break.

The beauty of staying in the Scottish Highlands is the flexibility. If you enjoy a busy holiday, there is plenty to keep you busy. But if you just want to relax, you can do that without feeling guilty. A lazy stroll through the woods doesn’t need planning. It may sound cliché, but you can just ‘be’. There is something really special about just sitting by the loch and watching the day go by with your loved ones.

So go on, give Scotland a go.

You will not regret it.

They may not look glamorous, but they are well furnished, have ample space and kept very clean.

While kayaking was hard, it allowed for a more personal enjoyment of the views surrounding the loch.

Moss and lichen shroud the branches of an oak tree. Lichen cannot be found except in extremely unpolluted environments

Loch Awe, another famous loch in the region

Loch Awe, one of the larger lochs in the region.