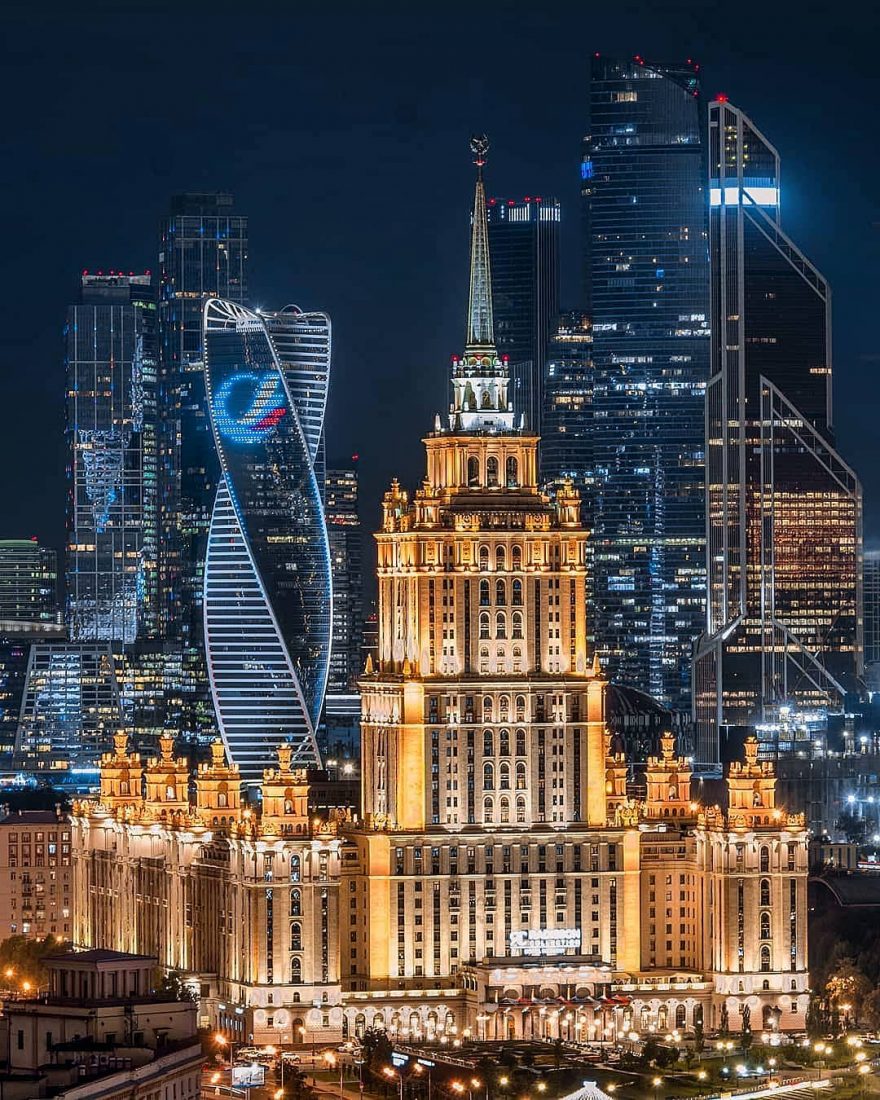 A Muslim-friendly guide to Moscow

Moscow, the capital of Russia and home to an estimated 12 million people, may not be the obvious Muslim-friendly destination. However, the Muslim community in Russia grows year by year – various estimates place the current Muslim population in Russia at between 14 million and 20 million people. With this growth in the local Muslim population, the Russian capital is becoming increasingly Muslim-friendly. The proof? A rising number of Muslim-friendly cafes and restaurants, prayer facilities and festive Muslim events.

Of course, no visit to Moscow is complete without a visit to the Kremlin, Red Square and St.Basil’s Cathedral. But how Muslim-friendly is Russia’s capital?

1. Pray in one of the biggest mosques in Europe 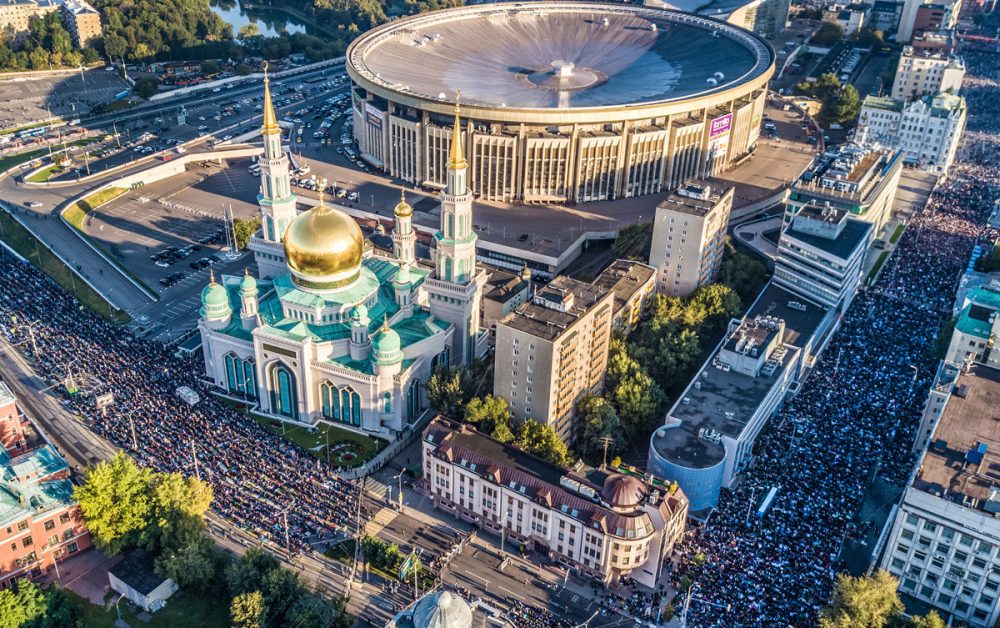 The origins of Moscow Cathedral Mosque can be traced to 1904, but it was demolished and completely reconstructed in 2015. During the period of the Soviet Union, Moscow Cathedral Mosque was the only one in the city that remained open for Muslims to worship in. In September 2015 President Putin himself presided over the mosque’s inauguration ceremony, together with President Erdogan (Turkey) and President Mahmoud Abbas (Palestinian Authority). The impressive architecture features 72m-high minarets and a central dome decorated with no less than 12 kg of gold leaf, which looks especially beautiful on a sunny day, shining in all of its glory.  The new mosque can hold an estimated 10 000 worshippers, which is much needed in Moscow. During major celebrations such as Eid al Fitr and Eid al Adha, it’s estimated that 100 000 Muslims gather outside the central mosque alone, filling the streets with worshippers offerring their Eid prayers.

Top Tip: Do not miss the opportunity to visit the small museum at the mosque, which has a number of historical artefacts from the Muslim world!

2. Try delicious authentic cuisine from Central Asia and the Caucasus at halal eateries

Moscow is a hub for ethnicities from all over Russia and post-Soviet republics. Every ethnicity has its national cuisine and with seven of Russia’s 22 republics being Muslim-majority populations, there is a sumptuous variety of halal local food on offer.

There are more and more halal cafes and restaurants opening in Moscow, and here are my personal top 3 recommendations that any foodie should not miss:

An Uzbek restaurant with a great range of the main Central Asian dishes: plov, manty, samsa and more. Reasonable prices make this place even more attractive for tourists, as for locals. 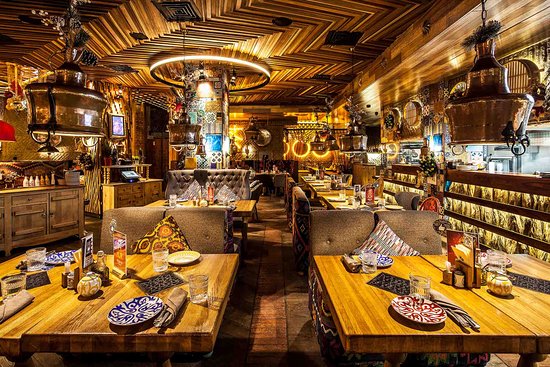 Great spot if you want to try Caucasus cuisine without going to the Caucasus region itself. Home style chudu (crispy puff pastry with various fillings), Dagestani hinkal (dough-like dish served with garlic sauce and meat) and many more to enjoy. 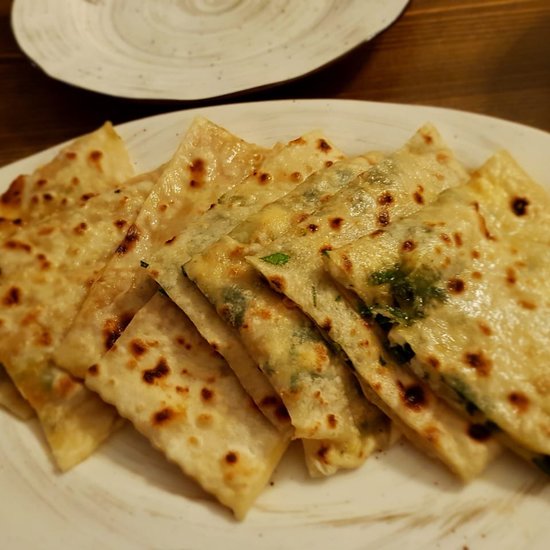 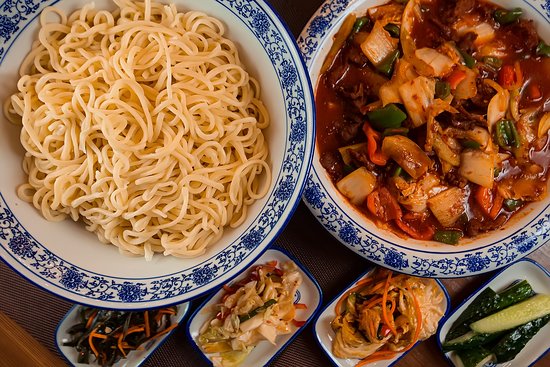 2. Experience Ramadan in a tent 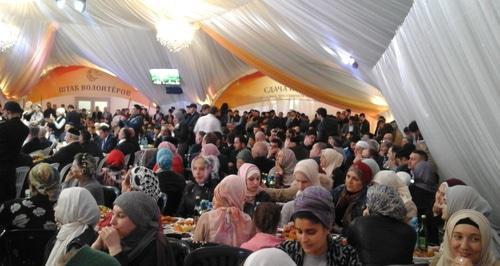 Ramadan tents have been a feature of Ramadan in Moscow since at least 2003. Photo: Caucasian Knot

The Ramadan tent in Moscow offers iftar dinners and festive Ramadan activities for locals and Muslims who live in the city. On average, it hosts more than 500 guests every night. The budget organization of Iftars and entertainment programme come from Muslims themselves, first of all from the republics and communities which hold thematic evenings during Ramadan.

3. Listen to the most beautiful Quran recitation 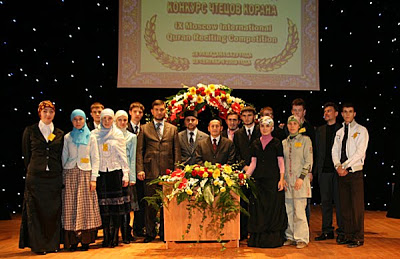 Every year in Moscow, competitors from around the world gather to take part in an annual international Qur’an recitation competition. This year is the 20th Moscow Quran Reciting Competition, which was scheduled for 19th of April but has been postponed due to the Covid-19 pandemic. This competition sees representatives from a number of Muslim states including Iran, Turkey, Malaysia and Qatar as well as the Muslim-majority republics of Tatarstan, Dagestan and other regions.

4. Explore the Muslim heritage of Moscow 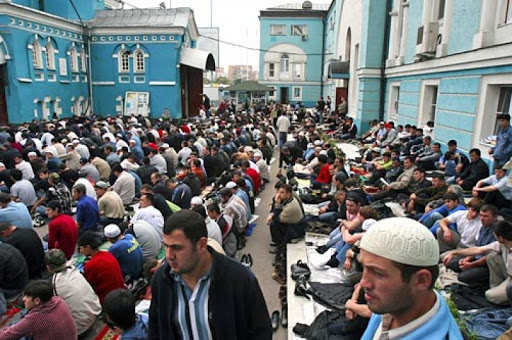 The history of Islam in Moscow goes back to the times of the Golden Horde, which recognized Islam as the official state religion in 1312. The Mongols, and Turkic ethnicities later integrated Islamic culture into Russian life. It can be seen from the names of the streets. In the 15th and 16th centuries, Tatars settled mostly in the Tatar Quarter, represented by Bolshaya Tatarskaya ulitsa or in Russian Большая Татарская улица. Many other names in the historic centre of Moscow have Tatar origins, such as Tolmachyovsky Lane or in Russian Толмачевский переулок. “Tolmach” can be translated from Turkic language as a translator. 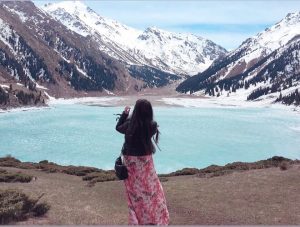 Dina graduated from Queen Mary University of London in 2015 and became a writer for a major Russian news channel. Based in Moscow, Dina is multi-skilled and works as an interpreter, journalist, correspondent, writer and social media marketing manager. Dina’s travel specialty is Central Asia, also her native region, and home to her favourite city, Almaty.

Bookmark this travel guide so you can access it whenever a trip to Moscow is on the cards. In the meantime, check out more travel guides and tips over on our Inspiration Wall.