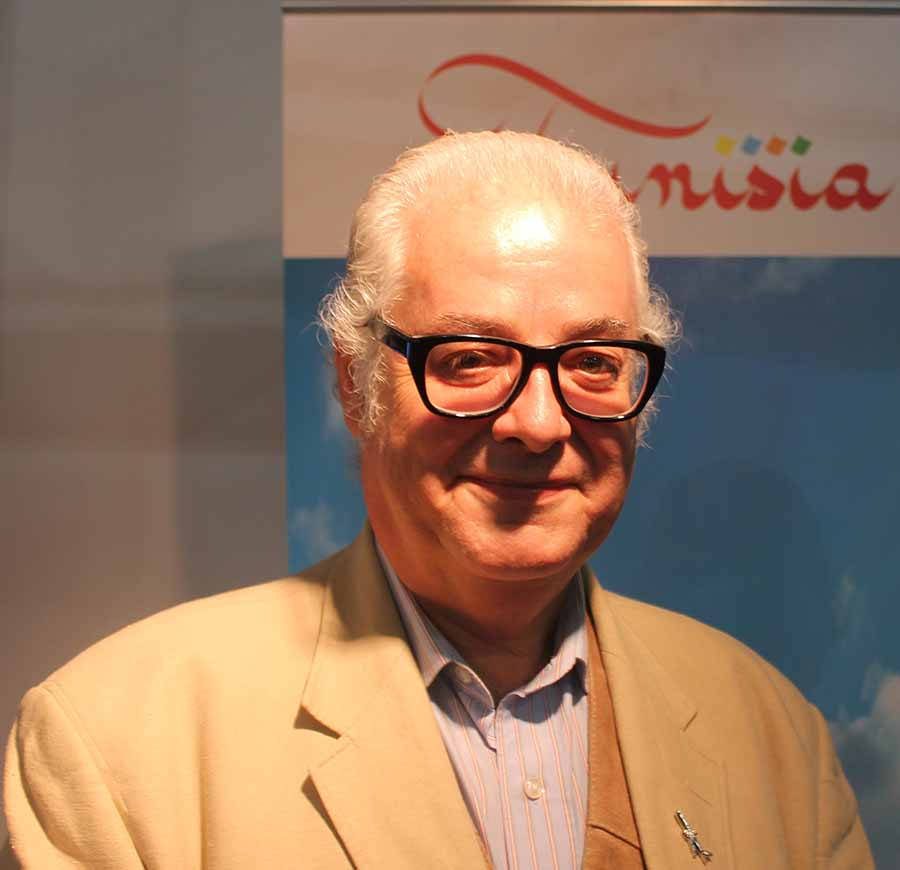 Tunisia is arguably the Jewel of the Mediterranean. With its sandy beaches, and a land that boasts all the colours of the rainbow at all times during the year, the country has been host to millions of tourists. Recently, the country has been rocked by attacks in Sousse and Bardo which have deterred some tourists. We met up with Mohamed Battikh from the Tunisian National Tourism Office at the World Travel Market at the Excel Centre who gave us his take as to why, despite this, Tunisia should and still remain a top holiday destination.

I.i.: Ladies and gentlemen. Welcome to today’s interview. Our special guest today is Mr Moncef Battikh, Head of Promotions a the Tunisian National Tourist Office. Mr Moncef, pleasure to have you.

Battikh: Hello and welcome to the Tunisia stand.

I.i.: Tunisia of course has seen a series of disruptions; the attack in Sousse, the museum in Bardo. Do you feel this has impacted on the number of people actually going to Tunisia?

Battikh: First of all, what happened in Tunisia is foreign to our culture. The last incident in Sousse, 11 million people were injured by the bullets which killed so many innocent lives, especially the British people who are like cousins to us, friends and so on. There is a lady who went to Tunisia 126 times. She is Scottish. And what she decided to do after the incident, she decided to open a tour operator because she believes in Tunisia.  As we always explain, our paramount thoughts are with the people killed and injured and their loved ones and we really do not care about whether people think there is a big impact on the economy; that is nothing compared to the loss of life.

I.i.: Do you feel that these particular incidents, because in the media they project it as part of a wider problem within Tunisia, are exceptions or part of a genuine security problem in Tunisia at this time?

Battikh: Ok, let me tell you something. First of all, a couple of months ago, Tunisia was voted the best tourist office in the UK. 5000 travel agents voted for Tunisia. So people know Tunisia. The love Tunisia because of our genuine smile when you arrive there, because of our genuine welcome and so on. People are jealous of the democracy in Tunisia and the fact that we were awarded the Nobel Peace Prize…

Battikh: Thank you very much. That is Tunisia. That is our culture. So when people get jealous, they try to create problems. When Tunisia is in trouble then that is fine. They are like us. They are jealous of Tunisia. And terrorism will never succeed in Tunisia. For the simple reason that the Tunisian mentality is peace, welcome. People they think about education, they think about living their lives. And you know something, in Tunisia, we have all the religions. and they have lived with each other for thousands of years. So an incident here and there is not going to change that.

Battikh: You see, we must not forget that 30 British people lost their lives. That is enormous. Of course, the British government are free to decide as they please. I doubt that it will last for much longer because they realise that the security is much better in Tunisia. They realise that 11 million people look after the country; not just the security forces. We have to respect their decision. I would not be happy if one of my relatives were killed.

I.i.: You are here at the World Travel Market promoting Tunisia as a tourist destination. Just give our audience some insight as to what you are presenting here today. What about Tunisia in particular?

Battikh: Yesterday, and today, all the major tour operators came to our stand including TUI, Thomas Cook, and the specialist groups. So they still believe in Tunisia. We have a tour operator called Sunway from Dublin. They came all the way because they want to go back as soon as possible. The people do not seem to be too worried about the impact of the incident because they think it could happen anywhere. And they know now, they are telling me, that Tunisia must be the safest place. You know, after that incident.

I.i.: It probably is compared to the rest of the region.

Battikh: Yeah. We are promoting Tunisia as usual. Obviously we had 93 charter flights a week before the incident. Now we have 0. That is a big amount of business lost. But it can never be compared to the loss of life.

I.i.: In Tunisia, there are the coastal regions, the inner regions, and the like. Just give your listeners a flavour as to what Tunisia has to offer as opposed to the rest of the countries here at the Travel Market.

Battikh: Ok. First, they offer the genuine smile. They do not offer the commercial smile. You can sample it when you go yourself. Second, don’t forget that Tunisia has 3000 years of history. So people will be spoilt with the Roman ruins and so on. Third, the Tunisian cuisine is becoming very trendy. The Tunisian cookbook has 700 pages…

Battikh: …based on Italian, French and Arabic cuisines. And there you are. you have the Tunisian cuisine. And of course, you have over 900 miles of Med sandy beaches, the coast. And now there is golf, boutique hotels becoming trendy as well. So there is something for everybody’s taste.

I.i.: So what would you say to people to encourage them to go to Tunisia?

Battikh: Don’t forget that Tunisia started tourism in the early 60’s. We are here in the UK so my messsage would go to the UK holidaymakers. Don’t forget that you, the British, were the first clients to come to Tunisia. And, the British always were the last to leave and the first to come back because they love Tunisia. I mean you ask any trader in Tunisia about the best nationality, they will tell you British. And you will have to go to check on that.

I.i.: Mr Moncef Battikh, thank you very much for having us today.

I.i.: Everyone, go to Tunisia.