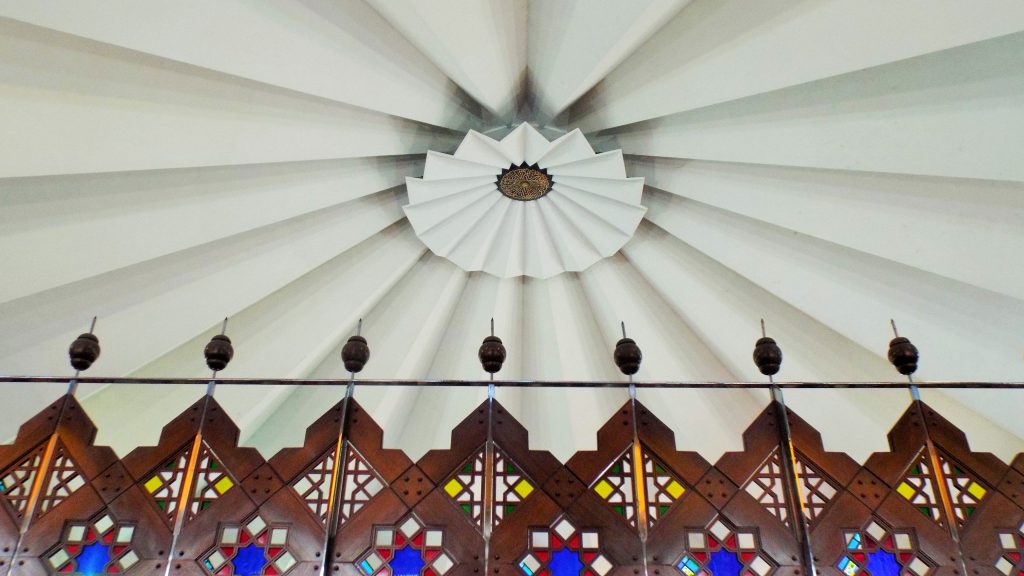 After a four hour drive from neighbour and shopping capital rival –Singapore-we finally entered Kuala Lumpur. We drove through a tarmac valley, surrounded by towering skyscrapers and the bright lights of buildings which illuminated the hustle and bustle of Malaysia’s capital city. It’s easy to see why the heart of the city centre is called Bukit Bintang, which translates to ‘Star Hill’. As a Londoner I am used to high rise buildings and glitzy shopping malls; however I found London lacking in comparison to KL. The buildings are taller, the lights are brighter, and the malls are glitzier. We headed to the nearest shopping centre, Low Yat Plaza, which is digital heaven for all tech savvy shoppers out there. Only a short walk away is a street filled with Hawker stalls selling traditional Chinese cuisine. Despite it being after dark the streets were very much alive and heaving with workers selling their wares to both locals and tourists looking for a quick bite to eat.

One thing Kuala Lumpur, and Malaysia overall, is really good at is offering affordable pampering treatments. Given its location next to Thailand and China it is no wonder reflexology parlours are abundant on high streets and near corner shops, fiercely competing to offer the best service and value for customers. The latest hairstyles are paraded by fashion conscious boys and girls alike, while mani-pedi parlours are filled by both male and female customers, the former usually seen enjoying fish pedicures. After enjoying a well-deserved foot massage (at 38 ringgits for half an hour, which equates to just under £6.50 and is one-fifth of the cost for the same treatment in London, do I really need an excuse?), I headed out to visit the capital’s famous Central Market.

The Central Market has been around for over a century, and is a great place to buy souvenirs.

It isn’t a market in the traditional sense; firstly it’s in a building and most items are sold in actual shops rather than on stalls. However, the location holds much history and is a cultural heritage site for the country, having originally housed a wet market there since 1888. Seafood, meat, vegetables and everyday items were originally sold to the locals, but as a major tourist attraction, it now sells traditional Malay and Chinese handcrafts and pottery. If you are going to a masquerade ball in the near future, buying one of the traditional Chinese dragon/mythical monster masks from the market will be sure to get you noticed! Kestari Walk, which runs parallel to the market, sells fruit of all shapes, spikes and colours; dragonfruit, rambutan, lychee and of course…durian.

Durian is a beloved national fruit for both the Malay and Singaporean people, and it is rather like marmite; you either love it or really, really hate it. To give you an idea, it tastes really good in a hot sauce with sticky rice, but the fruit itself can be likened to what one imagines sweaty underarm to taste like…tempting!If you’re feeling adventurous and want to give your taste buds an exotic treat (or torture, whichever way it turns out for you), I’d suggest heading to the Durian café which sells everything you can ever imagine, but flavoured with Durian. Jam, coffee, chocolate, biscuits, tea…the variations just keep coming.

Durian puffs with fresh Durian and cream cheese. The flavour of Durian was a bit too overpowering for my taste!

I opted for deep fried Durian puffs, which were delectable, and chilled Durian and cream cheese puffs, which though being the café’s most popular item, I could not stomach.

Later on that evening we headed towards the tallest twin towers in the world-the Petronas Towers-which are home to Malaysia’s national petrol company (incidentally also named Petronas). At night the towers pierce the night sky in a glittering display.

Petronas Towers- At a whopping 1483 feet, these are the tallest twin towers in the world.

Nearby is Suria Mall, one of the capital’s abundant shopping malls. Kuala Lumpur is known in the Asian region as a great shopping destination, and houses many familiar Western names including H & M and Sportsdirect, alongside shops better known in the Asian region, such as SkinFood. In fact, the malls in KL typically represent the fusion of East meets West that is ubiquitous across the city and what makes it a home from home, whichever direction you have travelled in from.

Naturally, we headed straight to one of the two food courts Suria Mall houses (to be honest we each went to one food court to cover more square metres of food choice). My husband picked up a couple of fruit smoothies whilst I surveyed the Asian hot food selection. Amongst the offerings were Thai, Indonesian, Chinese, Korean, Japanese and of course Malay dishes. Having never tried Korean food before and in anticipation of travelling there in a month, I opted for bibimbap, a signature dish served sizzling in a hot bowl consisting of rice, mixed vegetables and a runny fried egg; delicious! With our stomachs filled and our appetites satiated we headed back to our hotel in Bukit Bintang to get some shut eye.

While Kuala Lumpur is a shopper’s paradise, it also hosts beautiful scenery and is bursting with culture. The Perdana Botanical Gardens offer acres of peaceful haven from the hustle and bustle of the capital.

Nearby is the national mosque, Masjid Negara, which was completed shortly after Malaysia’s independence.

The mosque’s main dome is contemporarily designed in a star made of 18 points, which symbolises the country’s 13 states and incorporation of the 5 pillars of Islam, the main religion practised. Leaving my sandals along with hundreds of other pairs at the entrance, I entered barefoot, the cooling concrete floor soothing my feet. The beauty of the mosque is in its wide white steps, corridors and halls, giving the visitor the feeling of peace, tranquillity and space; which is a welcome respite from the city’s heaving traffic. A short drive south of the mosque is Brickfields, Malaysia’s Little India and another hot spot for good street food. I headed to Mr Chiam’s modest-looking stall who is famous for his pisang goreng (battered and fried banana), which I had been craving to try since arriving in Malaysia- and I was not disappointed!

Street vendor in Brickfields selling a delicious array of snacks.

Nearby a street vendor was selling all manner of sweet and savoury delights, and having availed myself of a few curried fish puffs and a spicy prawn potato cake, I headed back to the car, ready for our next stop; Penang!

*All images are copyright and the sole property of the International Interest. Reproduction of the images may not take place without the I.i.’s permission.