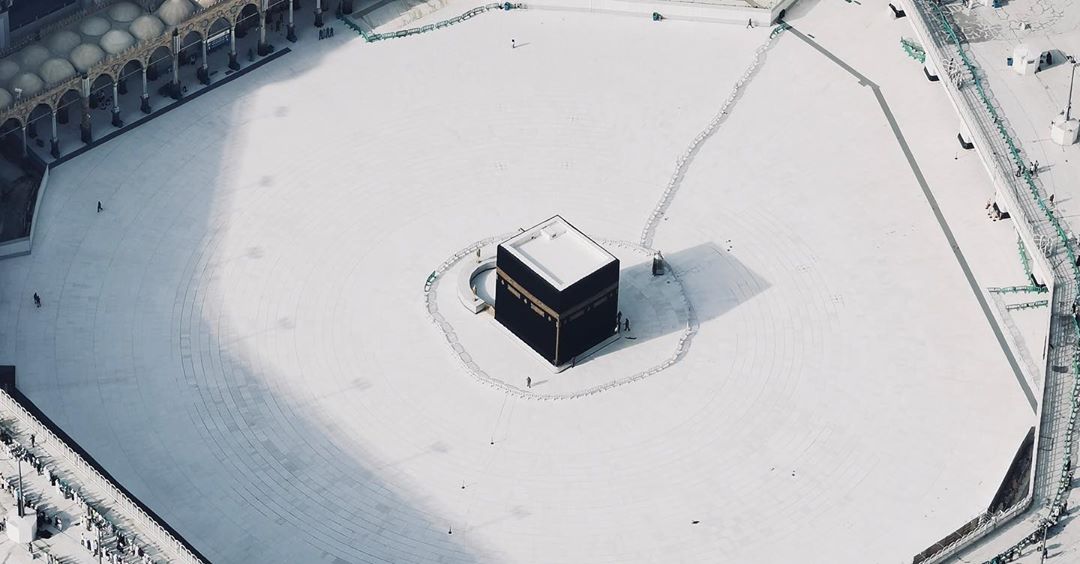 Wherever you are in the world right now, there’s a high probability that you have seen the 24/7 news headlines about the novel coronavirus, AKA Covid-19. At the time of writing, 182 countries and territories have been infected with coronavirus. On 11th March 2020 the World Health Organisation officially declared the outbreak a pandemic, and many countries are now imposing unprecedented restrictions on their borders.

But just how unprecedented is this crisis? We decided to look back into Islamic history to find out how the ummah has been affected by mass outbreaks of disease in the past.

Did you know?
During the first century of Islam, the newly formed Muslim community was hit by several outbreaks of plague and famine. From 661-750 AD alone, during the Umayyad period, records show at least eight significant outbreaks of the plague.

Here are just a handful of some of the most significant plagues recorded by Muslim communities since the beginning of the Hijri calendar: 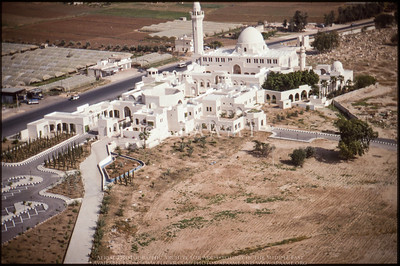 The mosque of Abu Ubaydah ibn al Jarrah in the Jordan Valley. Inside is a tomb where the venerable companion, may Allah be pleased with him, is believed to have been buried after dying from plague. in All rights reserved Konstantinos D Politis

Only 17 years into the Hijri calendar, in 638 AD, the Muslim community experienced a severe outbreak of plague that would become known as the Plague of Imwas.

Following the successful conquest of Jerusalem in 16AH/637 AD under the leadership of Caliph Umar ibn al Khattab and prominent sahabi Abu Ubaydah ibn al Jarrah, the newly-relocated Muslim community was struck by plague. It’s estimated that between 20 000 – 25 000 fell victim to this outbreak, including many companions of the Prophet (saw).

When the Caliph Umar set out to visit the region of the Levant infected with the plague, he discovered that it had spread further and taken even more victims. He called a council to debate their next moves, and from this it was decided that they would return to Medina rather than proceed to visit the plague-ridden lands. There was disagreement over this decision, notably from the sahabi and military commander Abu Ubaydah ibn al Jarrah, who argued they were fleeing the decree of God. Umar responded that they were fleeing the decree of God to the decree of God; they would do their best not to be infected and leave the rest to Allah. According to 15th Century AD hadith scholar Ibn Hajar, the reasoning behind this was to fulfil Allah’s command to abstain from things that will lead to our destruction, which would occur should they proceed to enter the infected region.

It was only after this discussion that a hadith of our Prophet (saw) came to light through the narration of ‘Abdul Rahman ibn ‘Awf, who informed the Caliph that he heard the Messenger of Allah (sallallahu ‘alayhi wa sallam) say,

“When you hear that [a plague] is in a land, do not go to it and if it occurs in a land that you are already in, then
do not leave it, fleeing from it.’”

However, Abu Ubaydah had chosen to stay in the region with his army and succumbed to the plague. As commander of the Syrian Campaign and a likely successor to the caliphate, his death had a huge impact on the Ummah at the time. Today you can visit the location of the plague and Abu Ubaydah’s burial site in the Jordan Valley, where a mosque has been built in his honour. Abu Ubaydah is known as one of the ten companions of the Prophet (saw) who were promised Jannah. 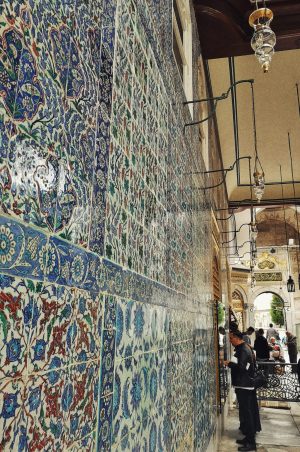 Some 30 years after the devastation in the Levant, the plague struck again, this time in Iraq during the reign of Umayyad Caliph Muawiyah. The recurrence of plague is very likely to have been linked with two key factors:

It was at the same time of this outbreak that the First Siege of Constantinople began, when the Muslims first arrived on the shores of the Bosphorus. The sahabi Abu Ayyub al-Ansari was amongst this expeditionary force determined to be amongst those mentioned in the Prophet’s famous hadith of a victory in Constantinople. Although the army made it to Constantinople, so did the plague, and the expedition did not succeed. Abu Ayyub passed away during this period – to dysentery – and a tomb was later built over what is believed to be his burial site.

Today you can visit the locality of Istanbul named ‘Eyup’ in his honour, an area that is always busy with those wishing to pay their respects to this venerated companion of the Prophet (saw).

Only 20 years later, the Muslim community was struck with plague yet again in 68 AH/688-89 AD. This particular wave became known as the violent plague, likely due to the way it decimated the local population in such a short space of time. At one period, the inhabitants saw three consecutive days of death tolls of an estimated 70 000+ victims each day. 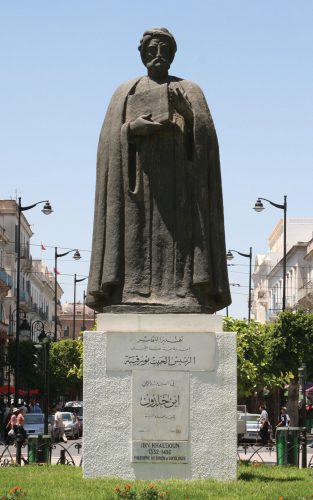 The world’s first historiographer Ibn Khaldun lost his parents to the Black Death in his home country of Tunisia. Photo: Encyclopaedia Britannica

Perhaps the most widely known outbreak of plague, this pandemic killed an estimated 25 million people worldwide. The Black Death brought human civilisation on its knees, spreading along key trade routes. Records indicate that it arrived in Europe in 1348 and is believed to have originated from Central Asia, where vast trade networks linked East and West. In 1349, the plague reached Makkah. The famous traveller and historiographer Ibn Khaldun lost his parents to the plague in his home country of Tunisia. Of the impact of the plague on the wider world, Ibn Khaldun wrote:

“Civilization both in the East and the West was visited by a destructive plague which devastated nations and caused populations to vanish. It swallowed up many of the good things of civilization and wiped them out… Civilization decreased with the decrease of mankind. Cities and buildings were laid waste, roads and way signs were obliterated, settlements and mansions became empty, dynasties and tribes grew weak. The entire inhabited world changed.”

By reading into our history we learn that we have faced difficulties – such as the coronavirus pandemic – many times before. In fact, although many of us have been blessed with comfortable lives, access to good quality healthcare is still a daily problem for many communities all around the world. Good health is not a given; it is a blessing.

(In the name of Allah with Whose name nothing can harm on earth or in heaven, and He is the All-Hearing, All-Knowing)’,