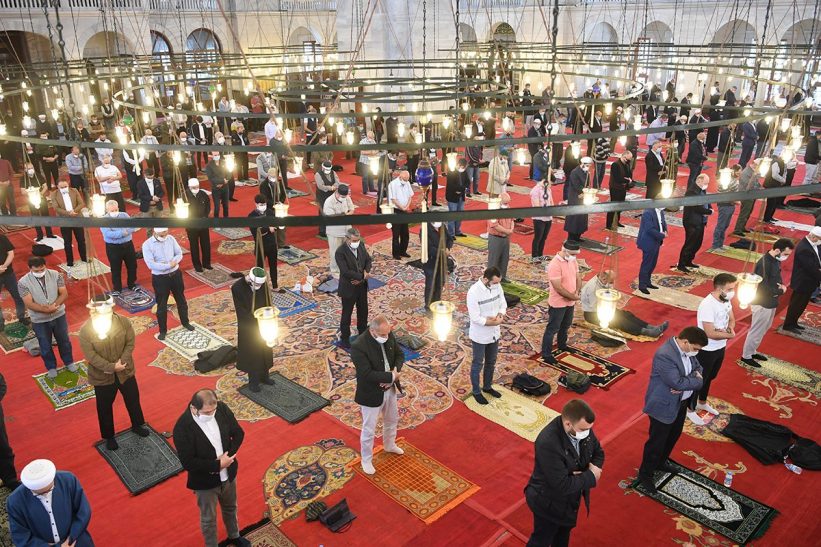 It’s been over 3 months now since the World Health Organisation declared the coronavirus a global pandemic. For many of us, that means we haven’t seen the inside of a mosque – let alone had the opportunity to pray inside one – for a quarter of the year. While we may not have fully appreciated the privilege of being able to pray in a mosque before, the next time you’re able to visit will undoubtedly be a special experience.

But, things are starting to look up. There was joy all around when professional athlete Musa Abdul-Aleem shared his happiness on social media, after he heard the iqamah called at his local mosque for the first time in months. Meanwhile, mosques in Turkey, Saudi Arabia, Malaysia, Russia and many more countries have started to open up, albeit with restrictions.

Face masks, gloves and personal prayer mats – what can you expect Jumuah prayers to be like in a post Covid-19 world? Let’s take a look! 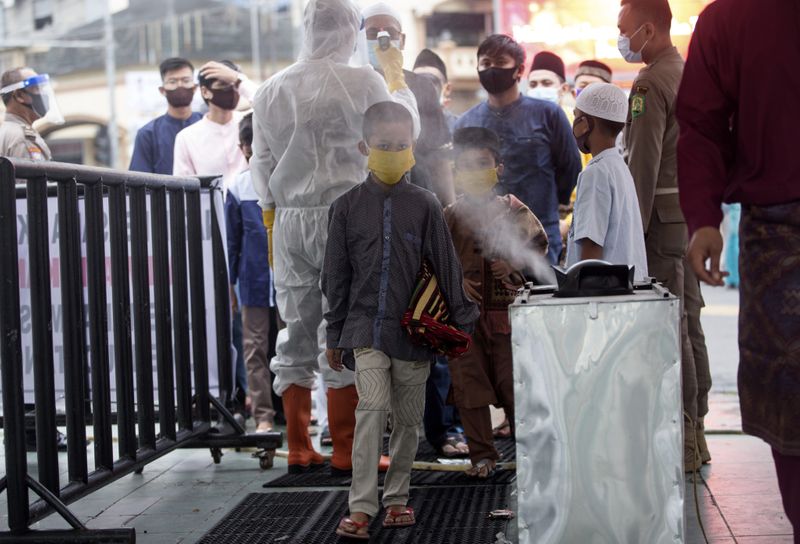 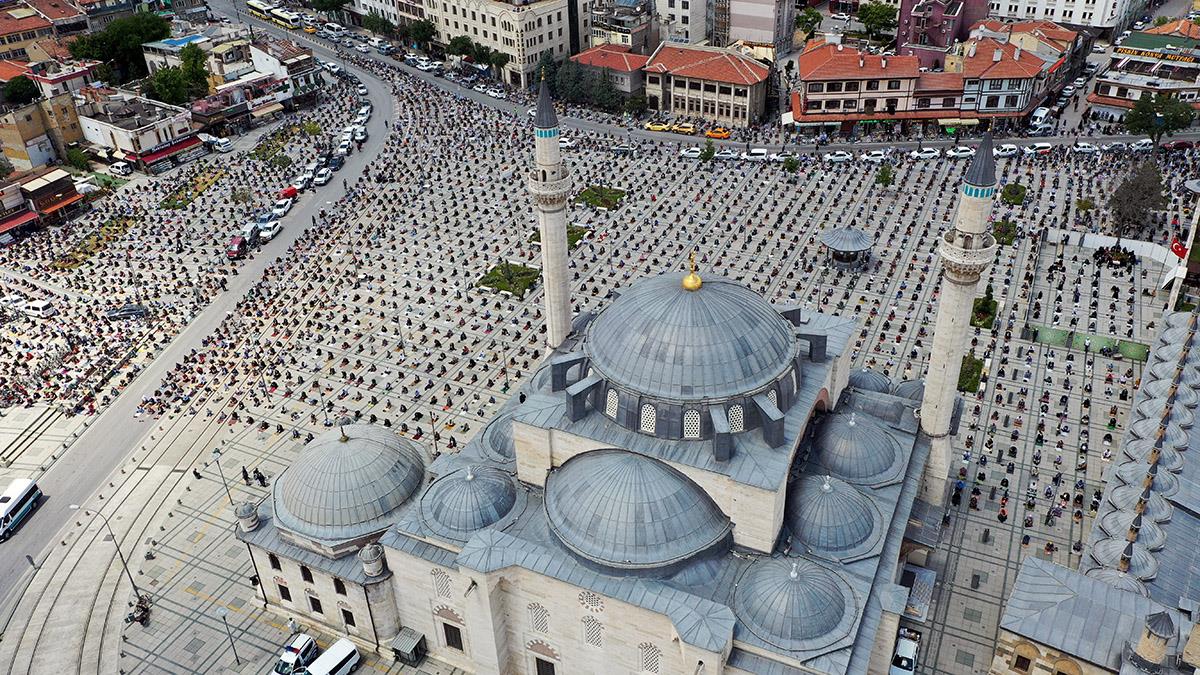 The Turkish diyanet for religious affairs released photos via their Twitter feed of Muslims praying outdoors to observe safe Friday prayers at Fatih Camii, Istanbul. The prayers coincided with the anniversary of Sultan Mehmet al Fath’s conquest of Istanbul, on 29 May 1453.
Photo: Diyanet İşleri Başkanı. 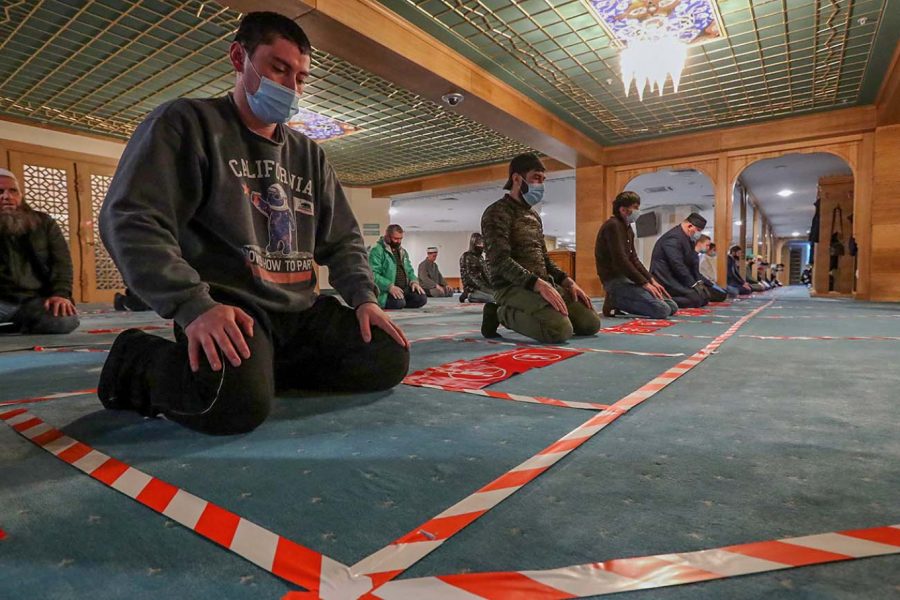 First day out of quarantine in Moscow, Russia. On 1st June Muslims in Russia’s capital, Moscow, were able to pray inside the city’s largest mosque. Moscow’s Cathedral Mosque re-opened with tape on the floor to mark safe distances for prayer.
Photo: Sergei Karpukhin / TASS. 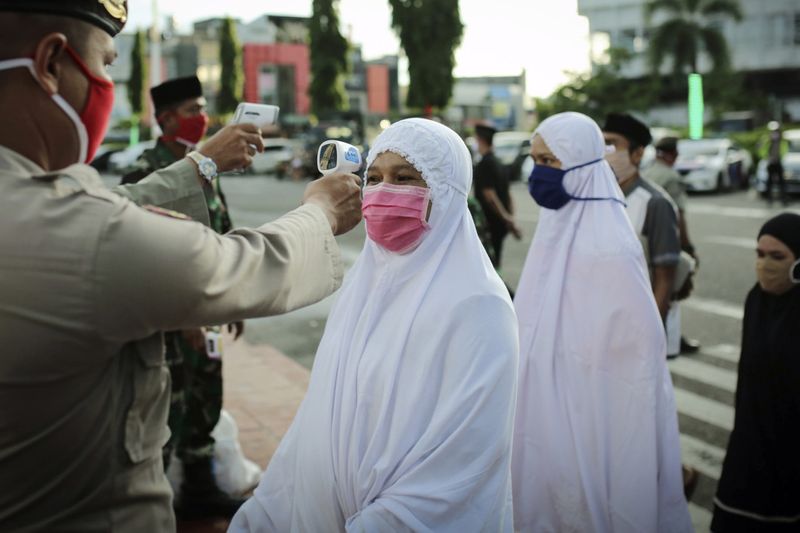 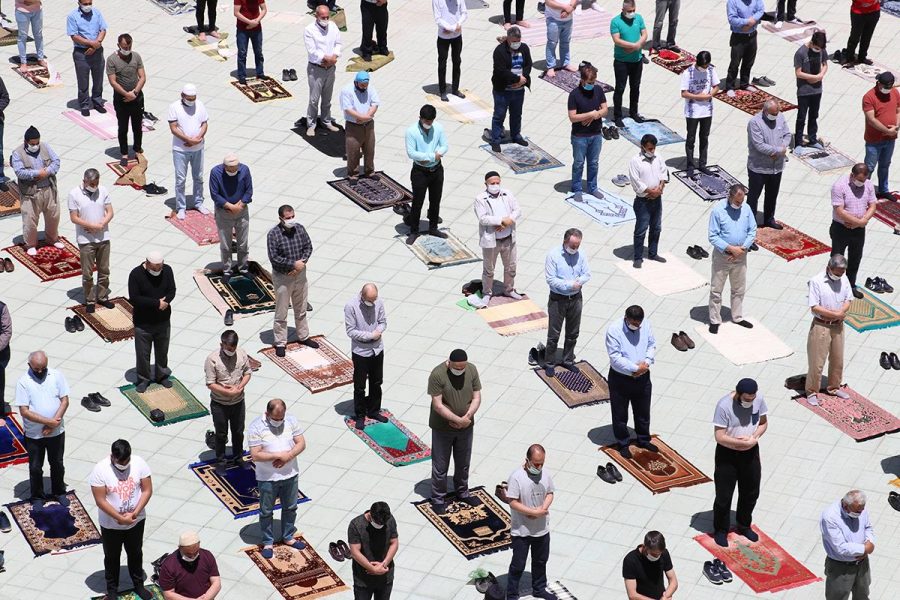 President of the Religious Affairs divan, Erbaş, shared this moving message at the first day of congregational prayers in Turkey:
“We have reached our mosques that we longed for more than two months nationally, alhamdulillah. I thank you for your support, following the measures we have taken patiently and calmly. If we can carry out the normalization process with this attention, understanding and common sense, I believe that we will be able to make all the times with the congregation in the mosque soon. ”
Photo: Diyanet İşleri Başkanı 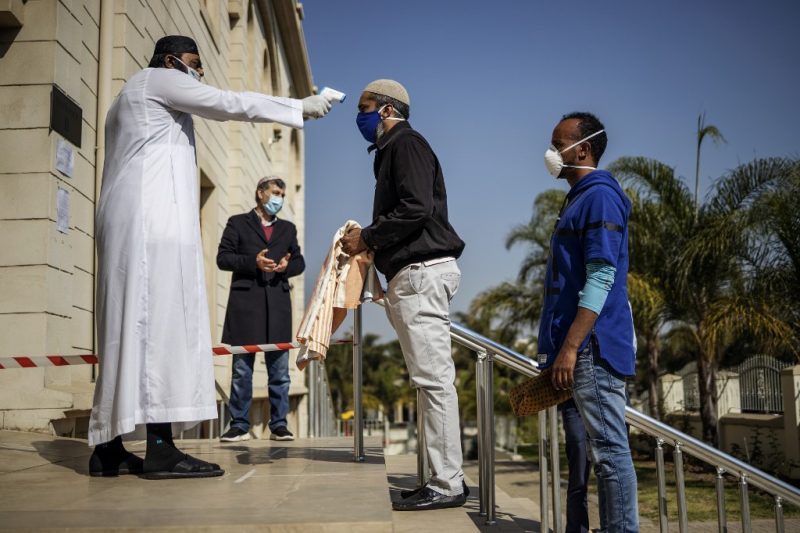 Worshippers are expected to bring prayer mats and wear masks in many mosques, such as here in South Africa. Temperature checks at the door ensure Friday prayers are conducted as safely as possible. South Africa allowed the opening of prayer facitilies on 1st June 2020. Pictured: Friday prayers on 5th June Nizamiye Mosque. 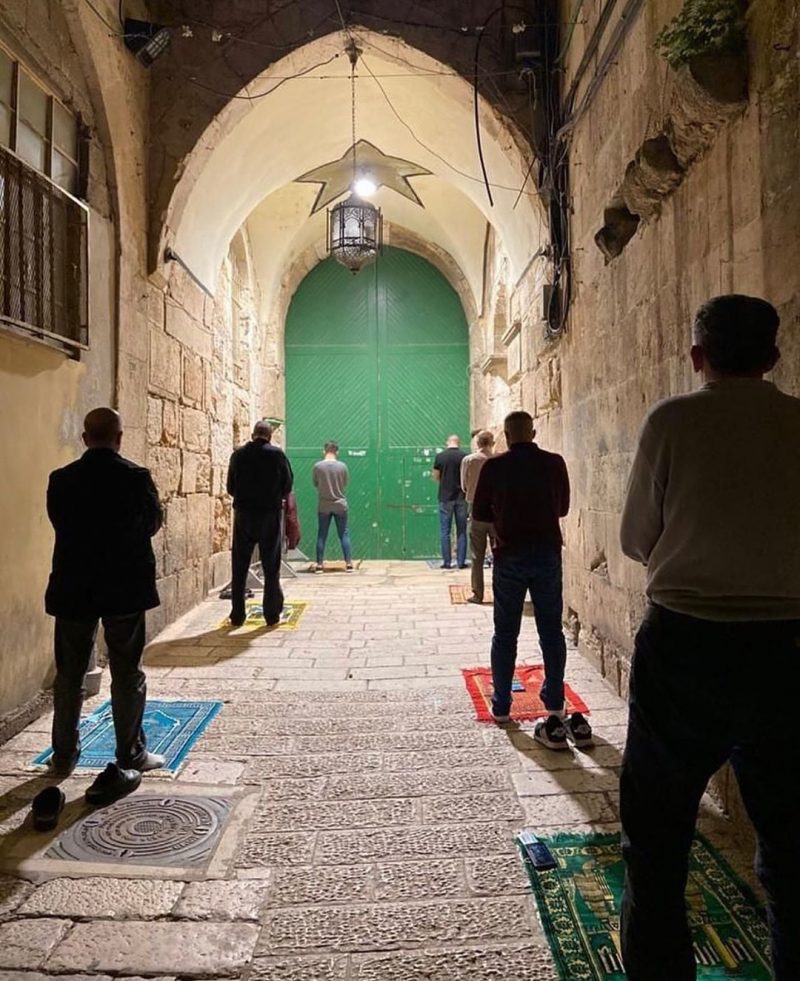 This is what Ramadan looked like in Palestine, where worshippers were pictured observing social distancing during prayers outside Masjid al Aqsa on 12 May. Photo: masjid_al_aqsa/Instagram. 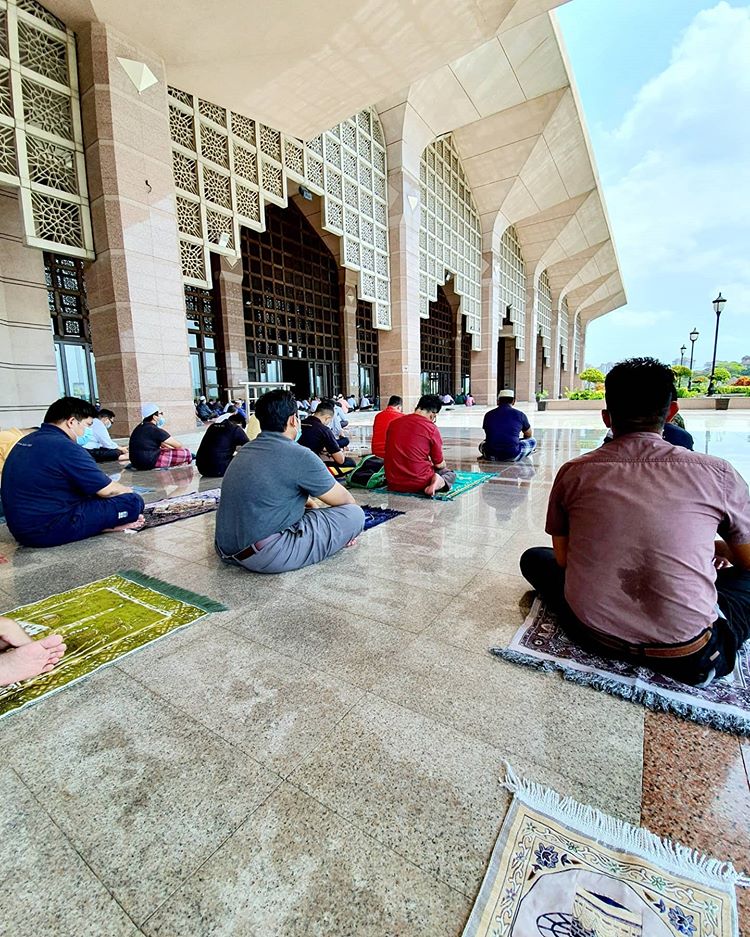 [Translated from Malay] “After twelve weeks, today He (Allah) chose and allowed me to perform Friday fardhu prayers and beriktiqaf for a while. The pleasure and feeling when stepping into the house of Allah is hard to describe. I remember the feeling of tears when I first stepped into Nabawi mosque…this is a very expensive lesson. Dozens of years the door of the mosque is wide open but I am careless and not appreciating the enjoyment…I take note of this so I don’t forget the reminder and lesson from Him with this pandemic…”.
Photo: amirhamzahmdisa/Instagram. 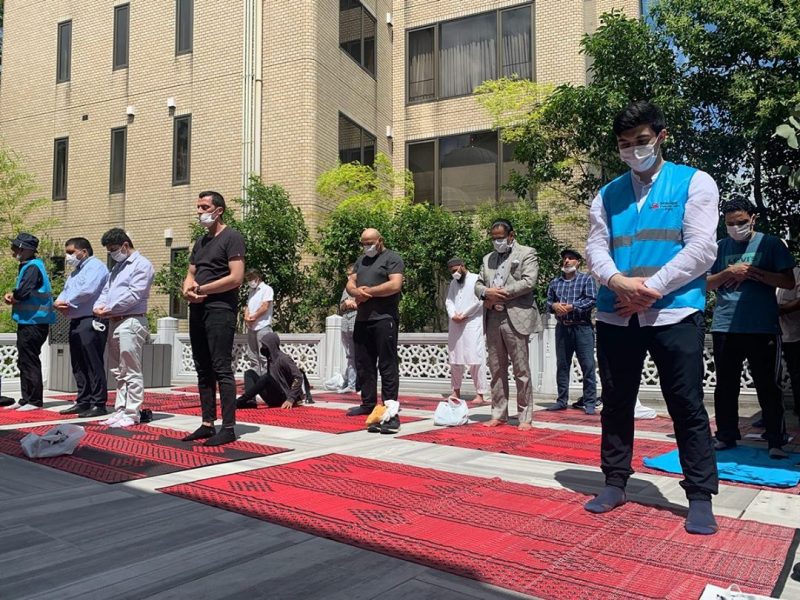 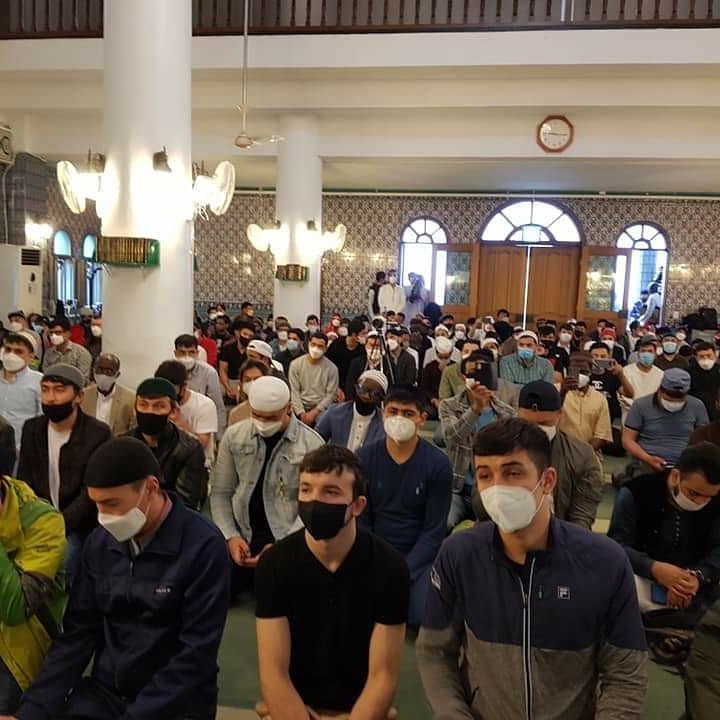 Muslims in South Korea were one of the fortunate few to regain access to their mosques during the final days of Ramadan. South Korea has been one of the most successful countries in the world at fighting the Covid-19 virus, without implementing a lockdown. Pictured are worshippers taking part in Eid al Fitr prayers in Seoul Central Mosque, on 24th May 2020.
Photo: halalkoreamall/Instagram. 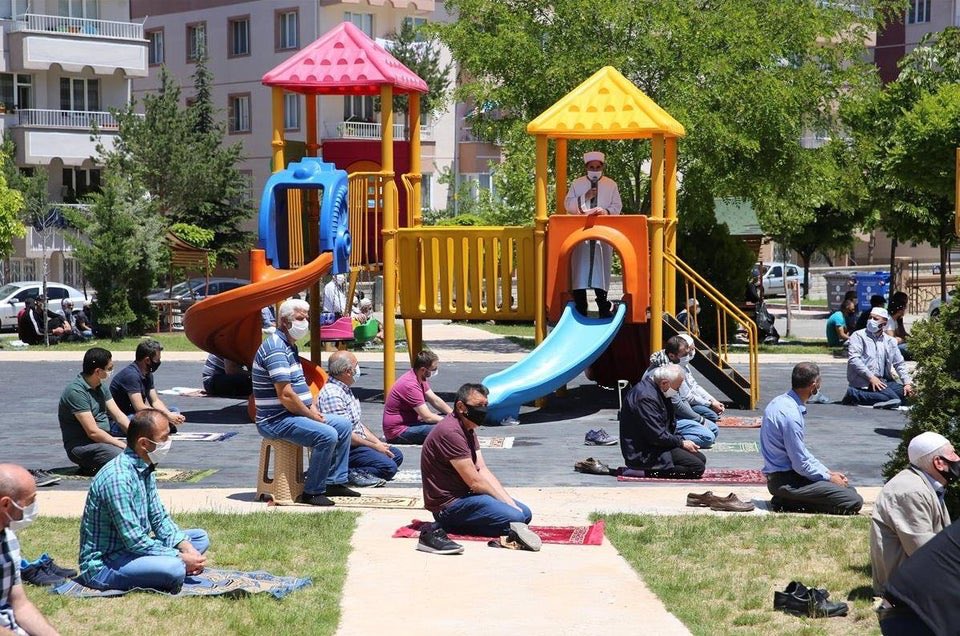 On 5th June Twitter user Behcet Alkan shared his Jumuah experience with these photos of a congregation borrowing the use of a children’s park. Now that is what you call thinking outside the box! It brings to mind the hadith of RasulAllah ﷺ:

“The entire earth has been made a place of prayer, except for graveyards and washrooms.” 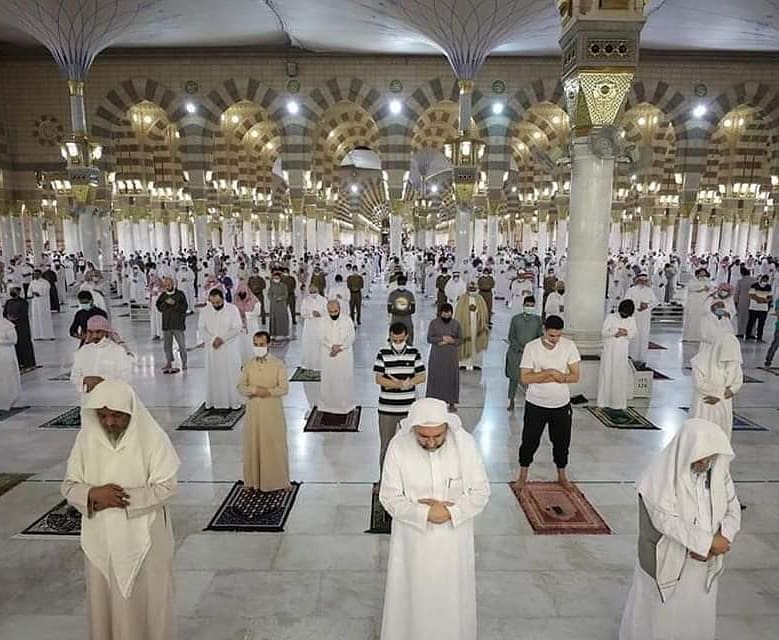 On 31st May, Muslims were overjoyed to pray the first Fajr salaat at al Masjid al Nabawi since authorities had to close the mosque for 2 months. With decisions of whether Hajj 2020 will take place close to being announced, this photo makes us long for the opportunity to make pilgrimage to the Haramain once again.
Photo: xuenain/Instagram.

If you enjoyed this, then why not find out what it’s like to experience Ramadan as a Muslim living in the Caribbean?