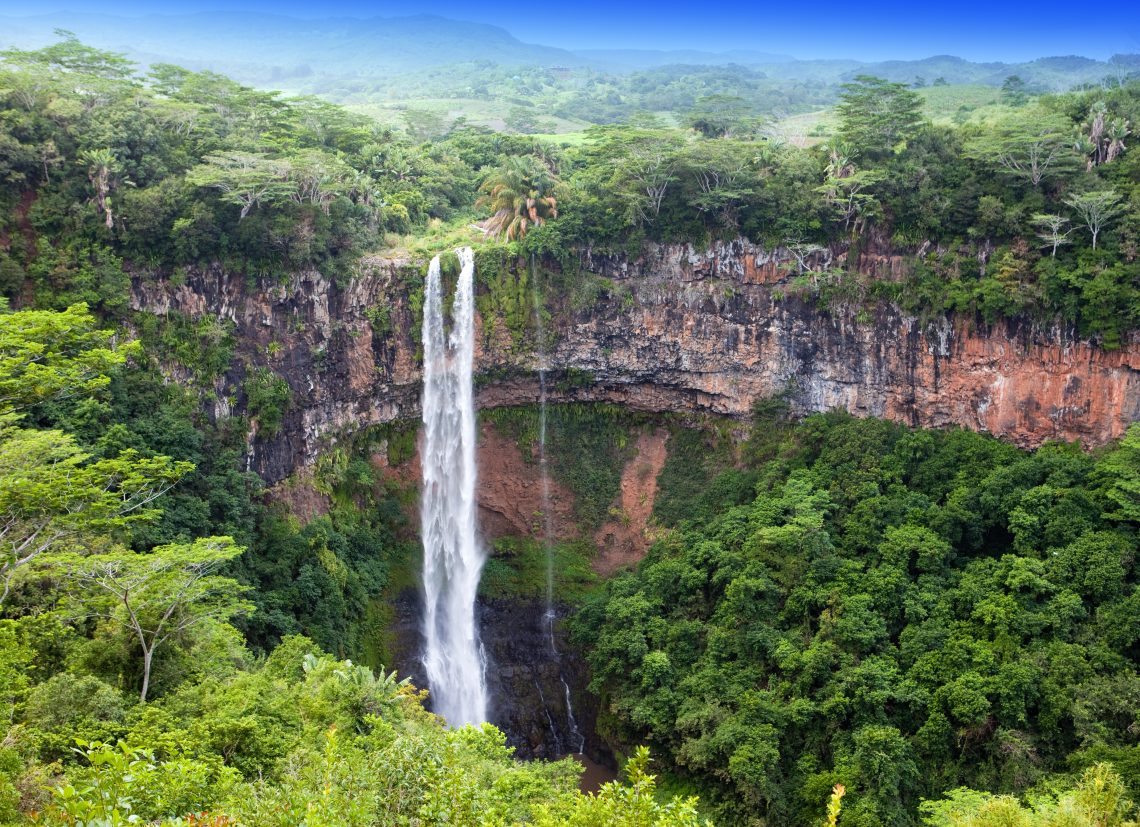 Whenever people would ask me where I’m from while I was growing up, I would always tell them that they could never guess.

“It’s a dot on the map and you’ve probably never even heard of it”, I’d say.

Over the years however, this dot on the map that I call home has become one of the hottest honeymoon destinations. Renowned for its white beaches and clear waters, Mauritius is a year-round destination that attracts people from all over the world.

Although Mauritius is a relatively small country with a population of approximately 1.2 million, the country has a lot to offer beyond its 150km shoreline of pristine beaches.

Whether you’re interested in history, natural landscapes, adventure, culture or food, Mauritius is like a treasure island in the Indian Ocean.

You don’t even need to wait until it becomes safe for international travel again to visit this beautiful island-nation. If you’re working from home and would love to move from your living-room office to one with a view, Mauritius is one of the few countries making this possible. You can enjoy one year on the Premium Travel Visa which you will be able to book online very soon, according to Mauritius’s Economic Development Board.

Mauritius is also very diverse and home to a thriving Muslim community, making it one of the most Muslim-friendly islands out there.

So what are some of the experiences you can expect to find in Mauritius? 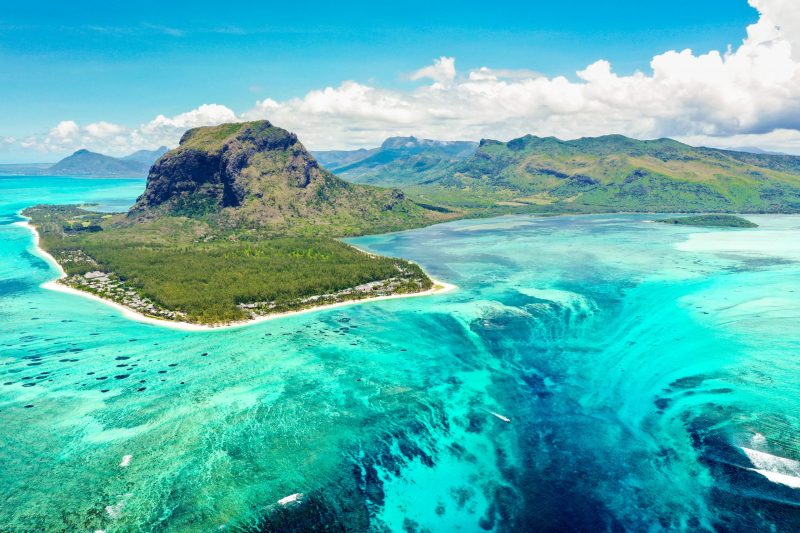 Have you ever seen anything quite like this underwater waterfall? It’s actually not a waterfall at all, but an optical illusion created by sand and silt running off the ocean floor.  Photo: Mirko/AdobeStock

“And the earth – We spread it out and cast therein firmly set mountains and made grow therein [something] of every beautiful kind, Giving insight and a reminder for every servant who turns [to Allah ]”

On a road trip up north, I stood by the water, mesmerized as I watched the sun setting. I could see boats of all shapes and sizes scattered around. I took out my phone after a few minutes. This is a memory I want to capture. No photo can do justice to the peace felt just by looking out at the horizon and the beauty of the scene. However, while looking over my photos later, I was shocked. I didn’t realize it earlier, but it looked just like an oil painting.

Mauritius has so many scenic landscapes. It’s possible to drive across the entire island in just a day or two, with each area of the country home to a variety of scenic locations.  A road-trip is the best way to discover the many gems of Mauritius. The coastline changes from white sandy beaches to blue lagoons to greenery to mountains…One of the unique and spectacular must-see natural sites is the illusion of the underwater waterfall, just off the coast of Le Morne (pictured). 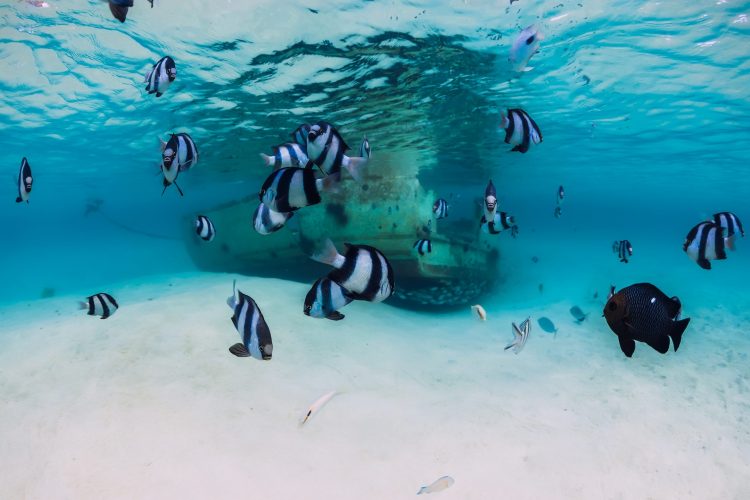 Mauritus is home to rare species of flora and fauna Photo: artifirsov/AdobeStock

You remember studying about the extinction of the Dodo as a child? It was here in Mauritius that the Dodo once lived before being driven to extinction with the arrival of Dutch sailors in the 17th century.

Before then, Mauritius had been isolated from the outside world and as a result, unique species of animals, birds and reptiles have been found on the island. Today the Mauritian Wildlife Foundation works hard to protect endangered species and their habitats, working to preserve the island’s beauty for future generations.

It’s not just Mauritius’s flora and fauna that are unique. What makes Mauritius different from other island destinations lies in its diversity and culture. The country’s population has influences from Africa, China, Europe, India and more. This influence is captured in the food scene of the island. Whether it’s Eid or Diwali, the entire population gets to benefit from a public holiday. Muslims make up over 15% of the population, with the majority being of Indian descent.

Step Back in Time 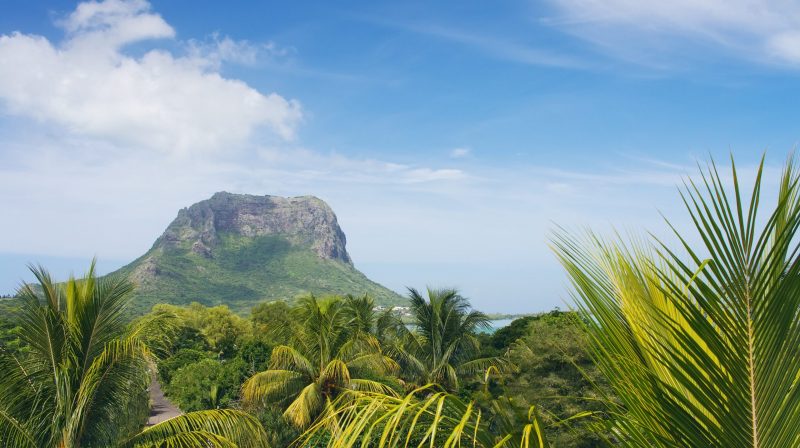 Despite being a beautiful country, the island has a dark past. Slaves contributed highly to the making of Mauritius Island.

My family and I had a picnic by the water at Le Morne Brabant. It’s a popular hiking spot that offers stunning panoramic views of the island. However, the mountain is also a symbol of the country’s history. It was the hideout for many runaway slaves who sought refuge in the mountain’s caves through the 18th and early 19th century. The abolition of slavery took place over 150 years ago, and since then, Le Morne Brabant has been recognized as an UNESCO World Heritage Site which honours the slaves’ sacrifice and fight for freedom.

Taste Flavours from Around the World in One Bite 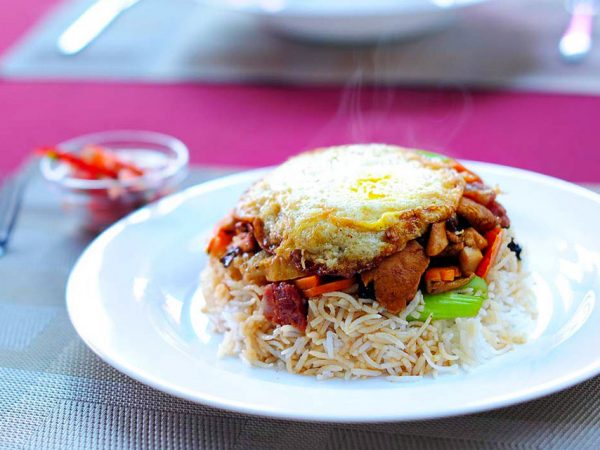 Pictured is ‘Bol Renversa’ or ‘Upside-down bowl’ when translated from French. Photo: Restaurants.MU

Remember how I mentioned that Mauritians are descended from all over the world? Well, you can imagine just how rich and varied the cuisine is. There’s no doubt that my favorite food is a dish I grew up with: salted fish with coconut chutney, potatoes and rice.

Authentic food in Mauritius is creative, combining a fusion of flavours of early migrants of Chinese, French, European and Creole descent who settled on the island. Think of the scene as one that offers an exotic and unique culinary experience.

Mauritians regularly eat curries, which includes different spices of Indian influence, but what makes them different is that although they have garlic, curry leaves and other Indian spices, they are not as spicy. One popular dish is octopus curry (cari ourite). This meal is often paired with the island’s delicacy and one of the local favourites; dhal puri (made with yellow split peas). It’s the best street food in Mauritius and usually served with a variety of curries, chutneys and pickles. A popular Mauritian pickle, also known as “achar” is made from different vegetables, including carrots, cabbage and chillies.

Not-to-be-missed is a unique dessert made with an ice-cream made on the island called Vona Corona. It’s a creative combination of different toppings to craft the perfect refreshing dessert; ice cream topped with pineapple jam and shredded coconut (with bright pink coloring!). 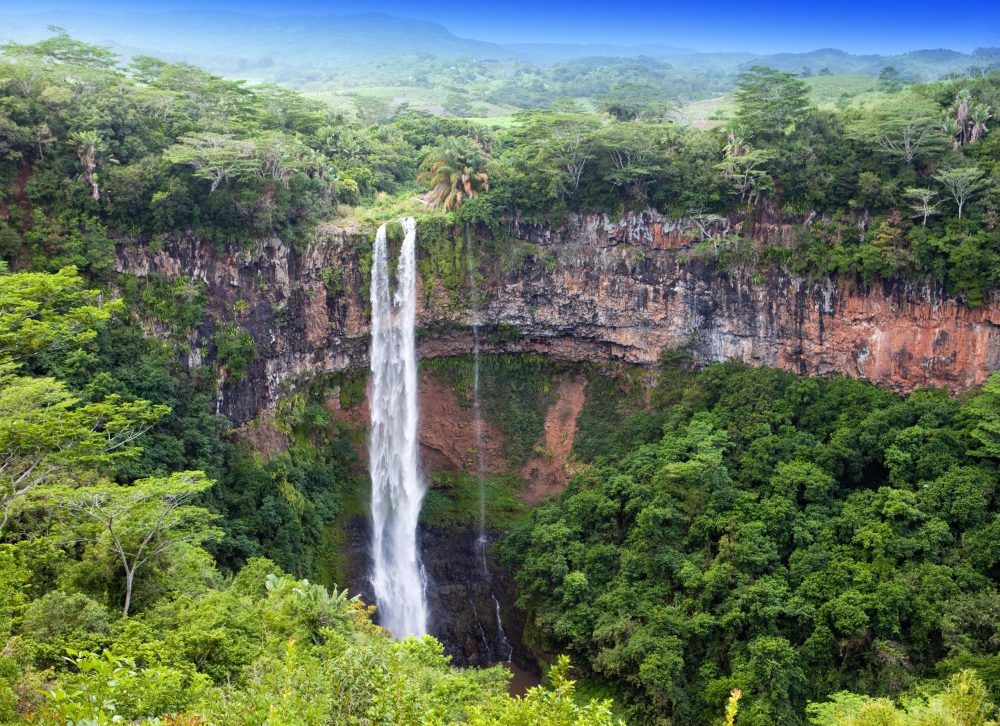 Get up close and personal with zebras, giraffes, lions and cheetahs, or face your fears and try ziplining across the canyon. Whether you dare to explore an underwater world on board a submarine or scooter, or you go on a thrilling quad-biking adventure to explore beautiful landscapes, there are so many adventures to be had here in Mauritius. 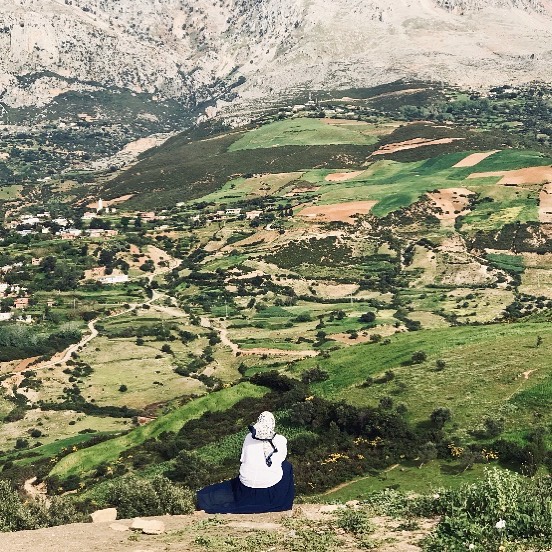 Zaakirah was born in Mauritius and raised in Canada, where she’s currently based in Toronto. She has a passion for exploring the world through her love for travel and food, and documents her adventures on her IG page @ieattravelwrite. By day, Zaakirah has built upon her love for writing by pursuing her education in Professional Writing and Communication, and shares her expertise through her freelance work in writing and design.