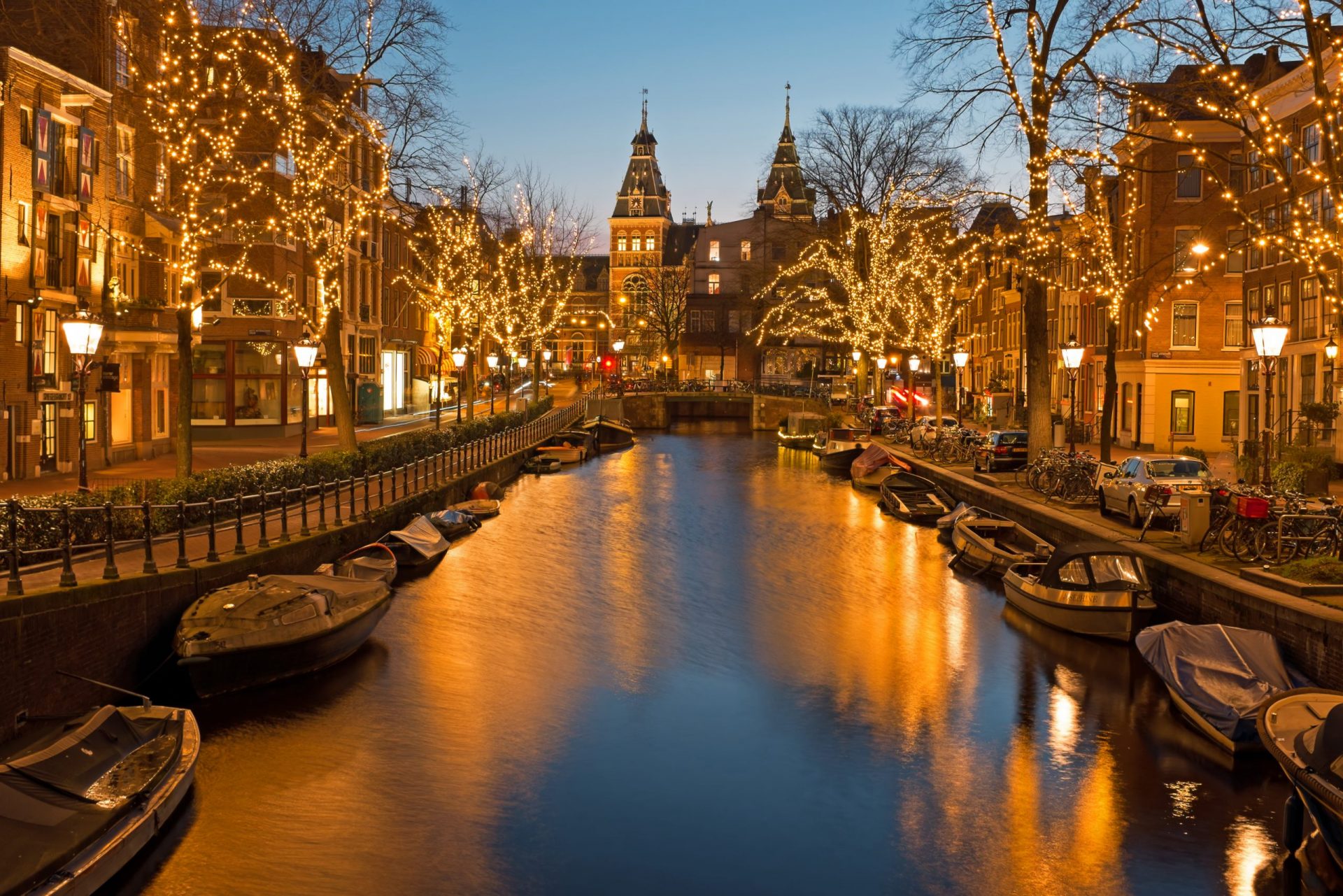 There are many reasons why hundreds of thousands of Muslim travellers are flocking to Amsterdam, the capital of the Netherlands, each year. With its picturesque canals and magnificent architecture, Amsterdam is one of Europe’s most beautiful cities and an ideal destination for having a memorable holiday.

What’s more, Islam is the second-largest religion in Amsterdam. With a great selection of halal eateries, accessible prayer facilities and Muslim-friendly activities, Amsterdam could be ideal for your next international city trip. To make planning your experience a little easier, we’ve put together the ultimate Muslim-friendly guide to exploring this great Dutch city.

You may know the AyaSofya as the historic Ottoman imperial mosque in Istanbul. However, in 2015, Amsterdam got its very own AyaSofya on the bank of the river Schinkel. Some of the other prominent mosques in the city are The Blue Mosque, Al Karam Mosque, El Tawheed Mosque, Al Hijra Mosque, Al Ummah Mosque, Al Islam Mosque and the Islamic Foundation of Amsterdam.

Amsterdam offers many excellent attractions for travellers looking to experience a family or Muslim-friendly holiday. From historical and cultural sights to picturesque parks and colorful houses and bridges, there are plenty of things to see and do throughout your stay in the capital of the Netherlands.

Kick-off your exploration of this historic city with a visit to the Anne Frank House, one of the most visited museums in all of Holland. There is also the fabulous Van Gogh Museum where you can admire some of the artist’s best artworks. If you are travelling with kids, a visit to the NEMO Science Center is simply a must. The science-themed exhibitions such as Sensational Science, Journey through the Mind, World of Shapes, and Innovation Gallery are spectacular and will entertain the little ones for at least a couple of hours. Rijksmuseum is also worth checking out, as well as the Stedelijk Museum Amsterdam where some of the finest examples of modern and contemporary art can be found.

There is no shortage of amazing attractions in Amsterdam and the city canals are definitely one of them. Going on a canal cruise may sound like a touristy activity, but it is one of the best ways to experience Amsterdam and see many of its historical landmarks. There are many canal tours to choose from, ranging from family-friendly boat rides to nighttime cruises which offer the best scenic views of the city. Some of the most popular canal tour operators are Blue Boat and Holland International.

If you’re keen to reduce your carbon footprint when travelling, you can do that while also getting in a little exercise and taking in the sites. Amsterdam is a haven for cyclists, thanks to the well-maintained bike lanes that run through the city. This is also a great way to save time and explore many attractions in one day. We recommend renting a bike and exploring some of the city’s most beautiful parks like Amstelpark, Westerpark, and Rembrandt Park. However, the largest of them all is the amazing Vondelpark which looks like something out of a fairytale. From enjoying the beauty of the ponds to catching a performance at the park’s open-air theatre, there are many enjoyable things halal vacationers can do in Vondelpark.

Since many Muslims are living in the city, finding Halal food in Amsterdam is quite easy. You will find many dining establishments ranging from casual eateries to high-end restaurants that specialize in different cuisines like Middle Eastern, Indian, and Arabic. Whether you wish to have the Indonesian rijsttafel or try the Turkish shoarma schotel, you’ll satisfy your taste buds.

The family-run Indonesian restaurant Kartika is a great place to try spicy dishes, while Wau Maleis Sate Restaurant offers Malaysian dishes like fried noodles and rice. If you’re craving Levant specialties should head out to the Sham Restaurant. For more options and ideas head over here.

Finding an authentic Halal hotel in Amsterdam is not that easy, but there are many hotels in the city that cater to Muslim vacationers and offer a variety of halal food options. Located in the trendy Jordaan district, Hotel Mercier is a great place to stay. With robust wooden furniture, the interior of the hotel is simply amazing. You will also find many nice eateries and shops close to the Hotel Mercier.

Travellers on a budget should look no further than B&B Helmers. The hotel offers tasty halal food for breakfast and there are many vegan and gluten-free options to choose from. Each room comes with a small kitchen which is stocked with all the necessary utensils, which means that you can prepare meals here. As for the location, you will be close to some of the best museums in the city.

One of the most popular places to stay for Muslim vacationers is the four-star Grand Hotel Downtown. The hotel boasts modern rooms with complimentary Wi-Fi and air-conditioning. There is a pretty terrace on the roof where you can enjoy spectacular views of the city. Many attractions can be reached in 5 minutes and the hotel offers tasty halal food.

This article was produced in collaboration with Hello Amsterdam.