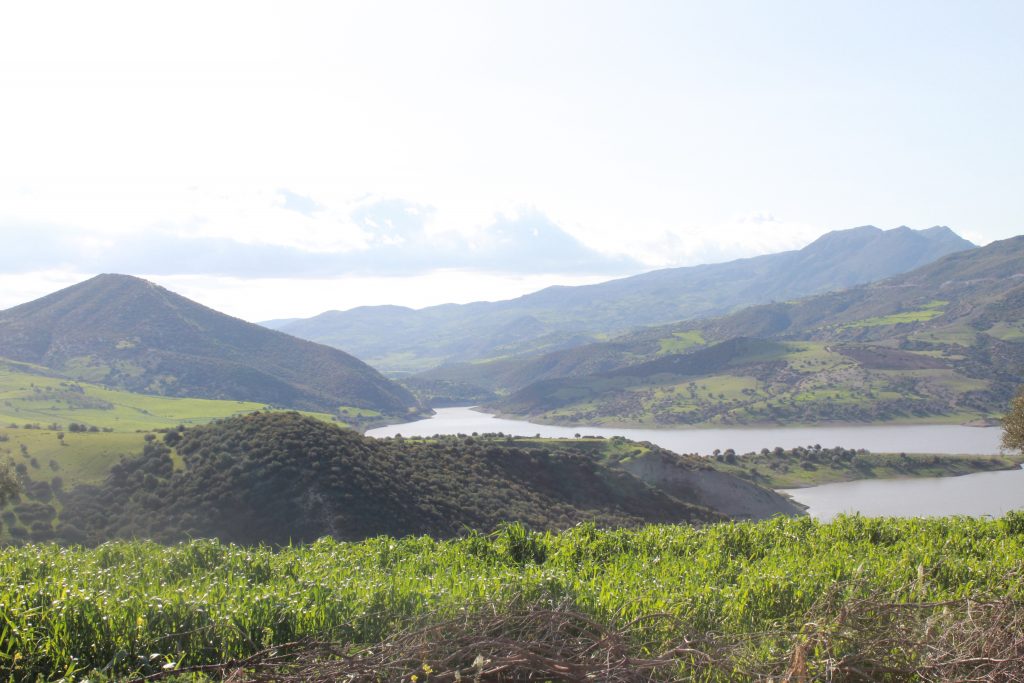 When someone says Algeria, you think gas, oil, Zinedine Zidane.  If someone declares it as their new holiday destination, you assume they could only be of Algerian descent. However, when I visited Algeria in Spring 2014, I could only be ashamed of my tunnel-vision. I marvelled at how I had never put two and two together; Algeria is between two of the most popular touristic destinations in the world; Tunisia and Morocco, outdoing both in size. And so, I witnessed the hidden treasure that is Algeria. With breathtakingly varied scenery, the mesmerising beaches of Annaba and the seemingly endless Sahara, it was a far cry from my back garden in North London.

The first thing I realised when we arrived at the resort in Guelma was that the Wi-Fi did not reach past the reception. For some, this was potentially a holiday-killer. But for me, it added to the authentic vibe of the holiday. It made sure that conversation and sightseeing were the order of the day without the intrusion of WhatsApp and Snapchat. That could wait until the evening when we camped out next in the reception.

Row of quaint bungalows with the mountains in the distance

After taking our room keys we made our way into the resort. What awaited us was a row of quaint bungalows crowned with rows of jasmine. In the background, mountains stood adorned with greenery and small paths winding up to the top. And every time I thought I had witnessed the scene of a lifetime, Guelma seemed to outdo itself the next day.

The first day was very calm. Most of my companions took a nap, but my sister-in-law and I were restless. We had only seen a mere glimpse of the natural scenery, but that was enough to leave us craving more. We decided to take a quick look outside, no more than twenty minutes. So, armed with only our flip-flops and a bottle of water, we marched up the path to the open mountainous regions that were probably once historical trade routes. What started off as a quick look resulted in us sitting at the top of a mountain trying to ascertain whether our panting was as a result of the climb or the breath-taking sight before us. It was wondrous sight, with the sun caressing the tips of the mountain and the grass dancing with the wind. The only technology in sight was my phone camera feebly trying to soak it all in.

The next day we hired a car and went sightseeing. We visited the famous natural hot springs, and after getting over the smell of limestone, could not get enough of them. We spent over an hour in the same spot, going over to different parts of the springs and seeing the change in colour and temperature. We saw the locals and how they came over to use the springs to heat up their teapots or boil their eggs. It was a popular destination for the Algerians, with city dwellers haggling at stalls with their distinct accent. There was also a rather large peacock, and even a monkey to shake hands with. All in all, there was more to see than time would allow.

We found ourselves on the road again, heading wherever the saffron coloured mountains led us. It was then that we came across the most exciting part of our holiday. We were driving down a curve in the road, looking out at the scenery ahead, when suddenly we saw a glimpse of gold. Curious, we followed the sight. Then we found it, a hidden beach! A completely deserted beach that looked like something out of the Bahamas. We immediately stopped the car and stepped out, soaking in the sun and dipping our feet in the brilliant blue Mediterranean Sea. It was then I became annoyed with myself for not having visited sooner; it was truly an amazing place. After that we saw even more natural wonders, such as beautiful lakes protected by towering mountains. We even followed a mountain all the way up until we saw the entire city and sea and

beyond. There was even a cable car but unfortunately it was out of order. We stepped out of the car anyway and sat there, looking down at Annaba, and really were thankful that we had decided to visit Algeria.

And in every area we visited, the locals were amazing. We sampled the delicious Algerian cuisine, from Couscous to Tagine to smoked pepper salad; there was always something new to try.

So if you are looking for a new holiday destination and do not know where to go, Algeria is the place for you. Its brilliant scenery and great locals make a perfect holiday combination. And when you go, you will never want to come back.