What do you think of when you hear the word ‘Bosnia’? It’s not as often listed as a tourist hotspot or bucket-list destination. Bosnia is a true hidden gem with its beautiful mountain scenery, warm hospitality, and excellent value for money. For Muslim travellers, Bosnia offers the added comfort. Since all the Muslims need can be easily found there, for instance, halal food, prayer facilities and centuries of Islamic heritage.  Here are seven reasons why every Muslim should visit Bosnia at least once: 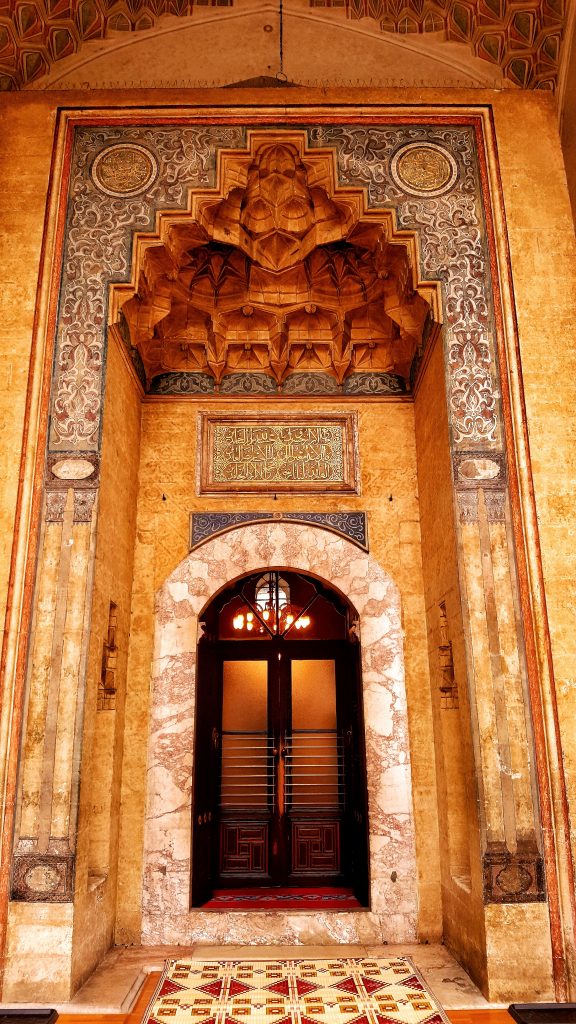 Built in the 16th century, the Gazi-Huzrev Beg masjid is the largest historical mosque in Bosnia and Herzegovina and one of the most representative Ottoman structures in the Balkans. Photo credit: Soumaya Hamdi

Although it’s well-known by the locals that the country is rich in Islamic history, this isn’t as widely known throughout the rest of Europe.  Mosques that date back to the early Ottoman era are still used today, such as the Koski Mehmed Pasha Mosque in Mostar. In fact, Mostar’s Old Town is like a living and breathing museum. Its cobblestone streets, quaint market stalls and minaret-dotted skyline, all in the style of an old Ottoman market-town.

Up north in Sarajevo, you can admire the world’s last public lunar clock tower. This clock is so distinctive because it appears to tell the incorrect time when it actually tells (highly accurately) the time for each salaat. Nearby is the largest and most important historical mosque in Bosnia Herzegovina, the Gazi Huzrev Beg complex. There is the heart of the Islamic community in Sarajevo– and even the 400-year old marketplace – to this day. 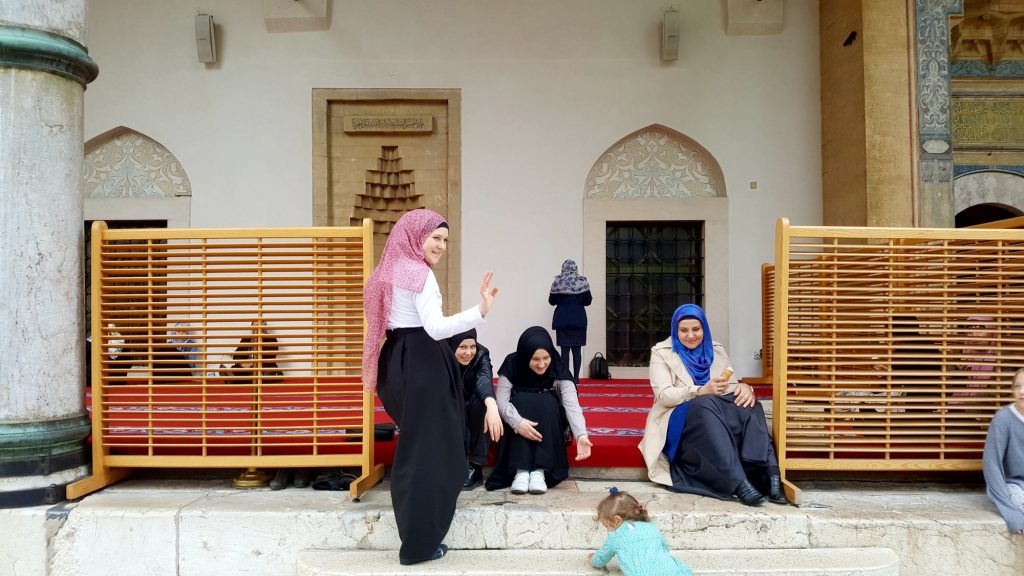 Some of the most popular tourist destinations in Europe still have a lot of catching up to meet the needs of Muslim travellers. However, in Bosnia, it’s a completely different story.

As a hijabi traveller, I know first-hand what it’s like to be on the receiving end of long stares or being asked, “Aren’t you hot in that headscarf?”.

Fortunately, this isn’t something I experienced in Bosnia. I would also advise my fellow Muslim travellers to expect warm hospitality from the locals, whether you’re in hijab or not. Bosnia is home to a relatively large population of Muslims. In addition, Islam has been home in the region for more than four hundred years. In fact, local Muslims, Orthodox and Catholic Christians and Jews all lived side by side – pretty harmoniously – for centuries during the Ottoman era.

Nowadays, most people still associate Bosnia with the brutal ’90s war. It has disproportionately impacted Bosniak Muslims and saw the worst crimes against humanity in Srebrenica since WWII. Although you’ll still see remnants of the war in bullet-marked buildings all over the country, Bosnia has enjoyed peace for over 25 years now.

3. Sarajevo is also known as ‘The Jerusalem of Europe’ 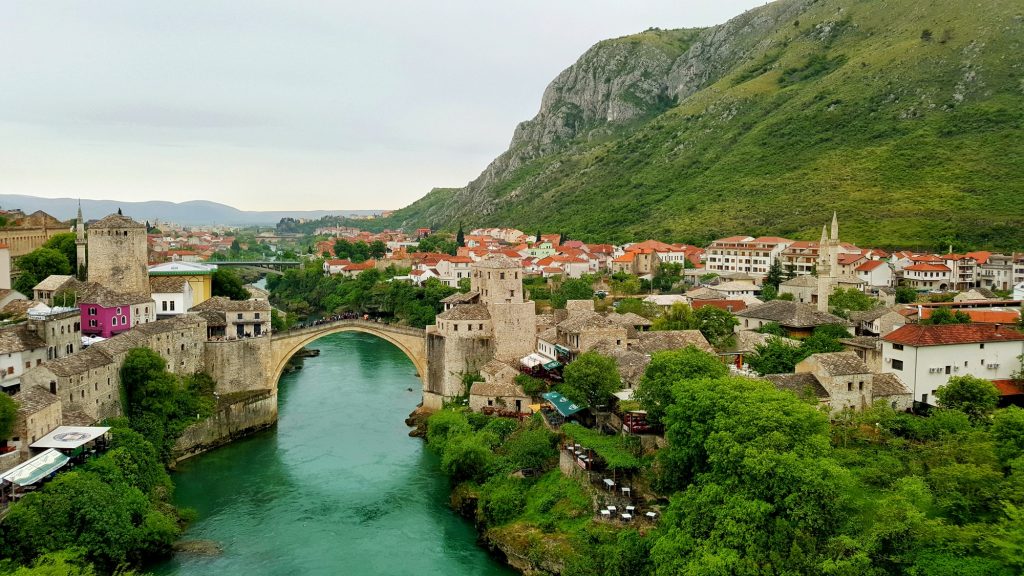 This is the view from the minaret of the Koski Mehmet Pasha mosque, Mostar, Bosnia. Photo credit: Soumaya Hamdi.

Sarajevo is the only major city in Europe to house a mosque, Orthodox church, Catholic church and synagogue within the same neighbourhood. For centuries, people from the three monotheistic religions have lived side by side. This centuries’ old coexistence has generated a rich, unique and enchanting culture. Furthermore, the country also boasts a fascinating history of Ottoman rule, an Austro-Hungarian Empire and, more recently, Communist leadership.

What’s even more impressive is that Sarajevo continues to be a centre of Islamic learning. Since the Gazi Husrev-Beg Madrasa has been in continuous operation since it first opened on 8th January 1537. As the result, to this day, muftis and politicians alike have studied at the madrasa. 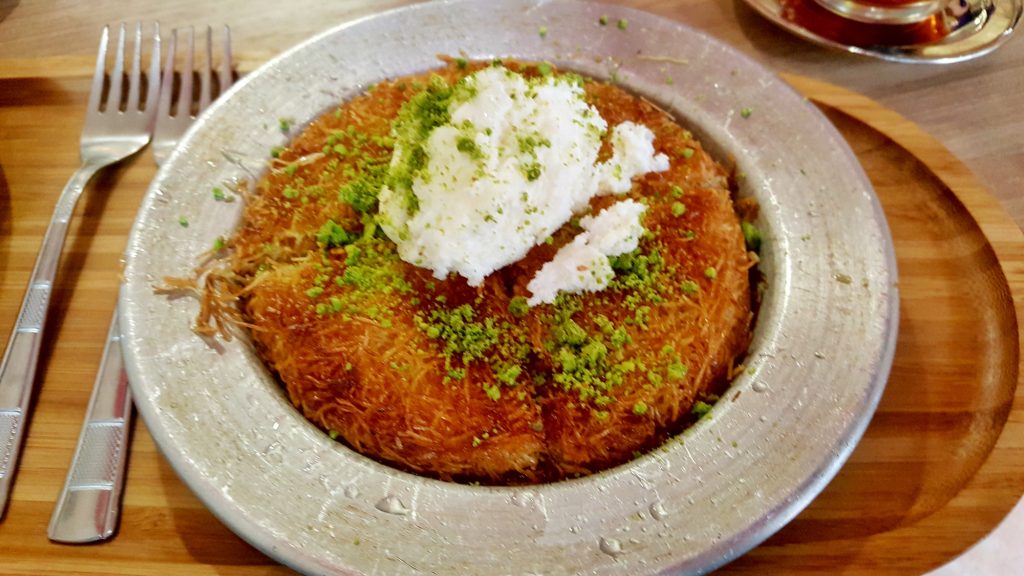 Traditional Bosnian food rules the restaurants, and rightly so too. The gastronomy is somewhat of a mixture between Turkish and Mediterranean cuisine and is, unsurprisingly, very good. Expect juicy and flavourful meat dishes, plenty of vegetables and lots of bourek, a flaky pastry usually filled with meat or cheese.

Soup is not usually something a foodie would rave about. However, the traditional Bosnian begova corba –Bey’s soup- was an Ottoman favourite. Once you’ve tried it, you will know why.

Of course, a meal is not complete until you have ordered a strong Bosnian coffee served in the traditional copper cup with a sugary cube of rahat lokum. Bon appetit, or as they say in Bosnia, prijatno! 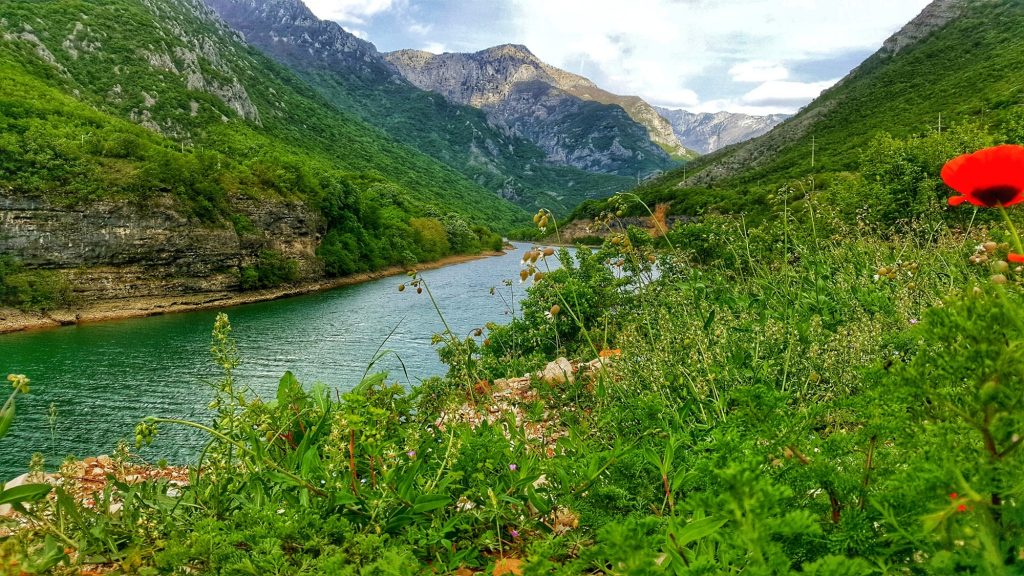 You can enjoy luxury travel in Bosnia without the hefty price tag. Whether you prefer the comfort of a hotel or a private villa, or perhaps you’d rather stay in a student hostel. There’s plenty of options for every type of traveller. Moreover, for women seeking ladies-only facilities, you can enjoy ladies-only nights in certain hotels offering pool and spa facilities.

Getting around is also highly affordable, whatever your preference. The most common way to get around Bosnia is by bus or train/tram. A large intercity network will take you up and down the country and even across the border with relative ease. It’s also pretty affordable to get around by taxi within the city. Travelling between Mostar and Sarajevo is best done by car or train, where you can enjoy beautiful views of the scenic mountains, rivers and lakes.

Top tip: If you find a good taxi driver, take his business card. You could agree on a fixed fee for your trips and save the hassle of hailing down a taxi with a meter.

6. It has something special for every type of traveller 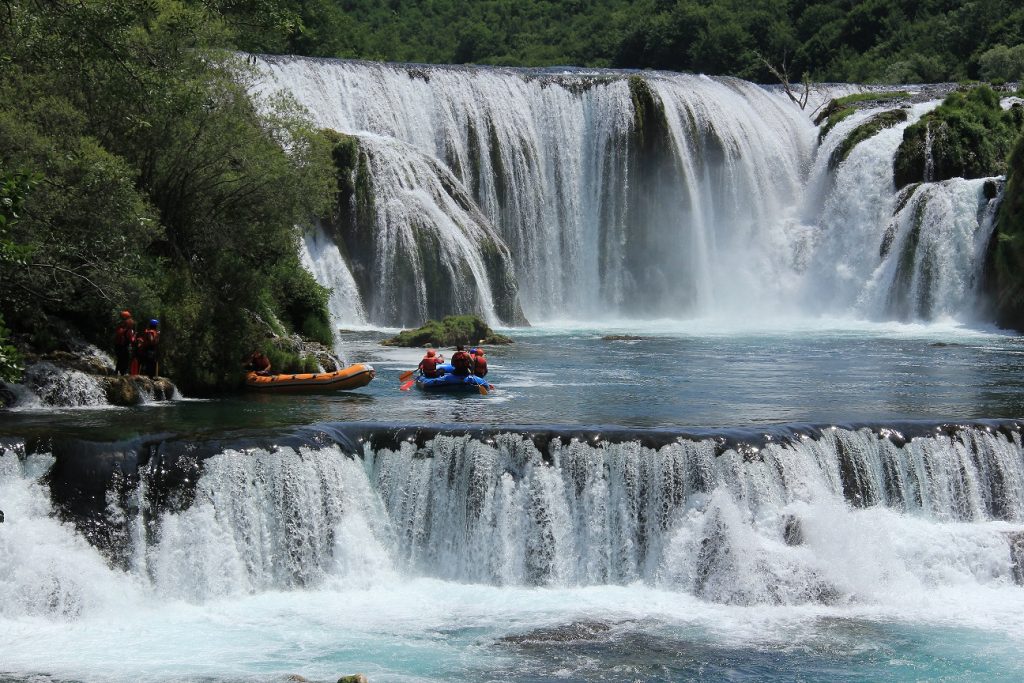 White water rafting in the Balkans.

Are you planning your honeymoon but want to do something different? Perhaps you are a hijabi backpacker looking to explore somewhere that is safe and affordable? Maybe you are a young family looking for an action-packed getaway mixed in with some Islamic learning?

Whatever type of holiday you are planning, Bosnia and Herzegovina has something for everyone. For example, if you visit during the winter and enjoy skiing and snowboarding. Book a stay at the halal-certified Pino Nature Hotel, where you can enjoy a spa centre, swimming pool, kids club and more, all in the beautiful natural surroundings of the Trebević Mountain.

Arrive in Spring, enjoy a luxurious stay at the Muslibegovic House, and take your loved one to enjoy tea with a spectacular view of the Old Bridge at the Urban Grill. Spend a day canoeing on the River Neretva, or if you visit during the summer, hire a boat and find yourself a stretch of private beach on the river-shore. 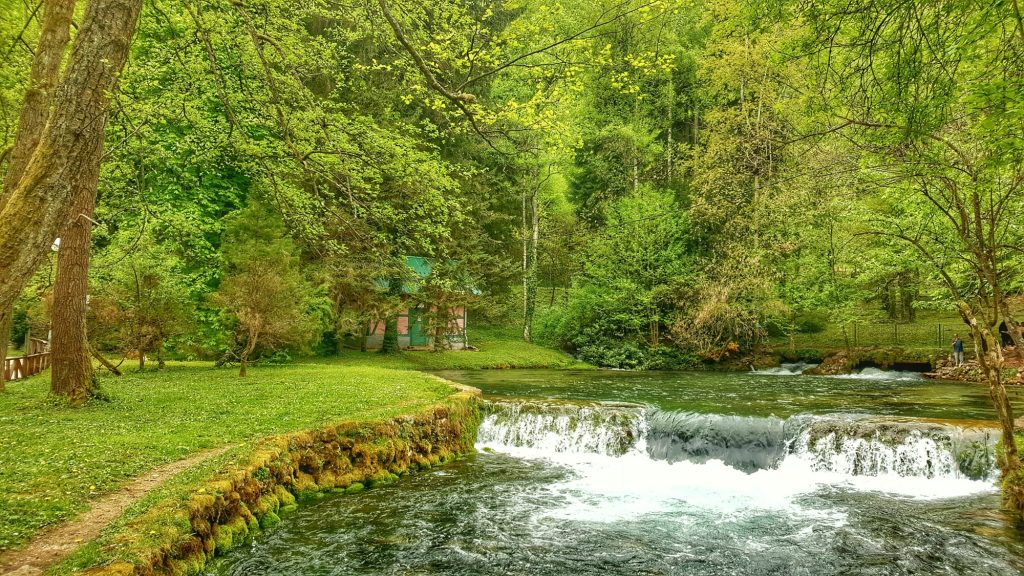 Jade green rivers, glorious mountains and evergreen valleys…Bosnia-Herzegovina boasts spectacular scenery.  It is the perfect destination to relax, unwind, and be blown away by nature.

Those are the seven reasons why Muslim should visit Bosnia. The next time you plan a holiday, you can consider Bosnia as your destination!

Ready to book your trip to Bosnia? We regularly host our 5*-rated trips to Bosnia, in which you’ll have the chance to experience all the above and more. For more details, including pricing, itinerary and dates, head over here.